MILWAUKEE (CBS 58) -- An early-morning fire near 31st and North, destroyed three buildings and damaged vehicles nearby early Tuesday, May 12.

Milwaukee firefighters were called to the scene just before 4 a.m.

"My wife though that were some gunshots and she said it’s some glowing up there by the skylights. We need to get out of here. It’s a fire. She looked out the front door and saw the blaze and felt the heat,” said Keith Terry, who owns one of the buildings destroyed.

Urban developer Keith Terry and his wife were working on their taxes at their annual event hall when they saw the fire at their friend's neighboring business. They got out safely but they lost a few vehicles.

"It’s a hardship for me because we lost a bunch of vehicles or damage was done to the vehicles. My wife’s car, my day care vans. My building, the skylights too," Terry said.

Olivia Swan's boyfriend heard the sirens early Tuesday morning, and woke up to the fire. Their vehicles were also damaged and possibly totaled because of the heat from the massive fire.

"When my boyfriend heard the sirens at first we was thinking it was a high speed, but we jumped up we had smelled like fire so I jumped out of my sleep we saw the cars were on fire, but the cars weren’t on fire, but the building across the street and I was like put on your clothes and like we got to go get the cars and stuff,” Swan said.

However, it was too late to save their vehicles.

Milwaukee Fire Department Deputy Chief Dan Lipski said the second alarm fire was so big the heat from it caused damage to the surrounding area.

"When you pull up and see that much fire I don’t think there’s a gross appreciation for the amount of heat that puts off so we have a building that is across the street at 31st Street, there that is probably over 100 from the actual fire building and the heat was so intense it started the rubber cover of garbage fans on fire,” Chief Lipski said.

Terry said there is one big silver lining after the fire, even though the buildings are likely total losses. His family is happy that nobody lost life. The property is a loss. It looks like a total loss, but we can always replace property,” Terry said.

The cause of the fire remains under investigation. The damage is estimated at $500,000.

MILWAUKEE (CBS 58) -- The Milwaukee Fire Department is responding to a house fire near 31st and North.

Crews were called to the scene around 4 a.m. on Tuesday, May 12. 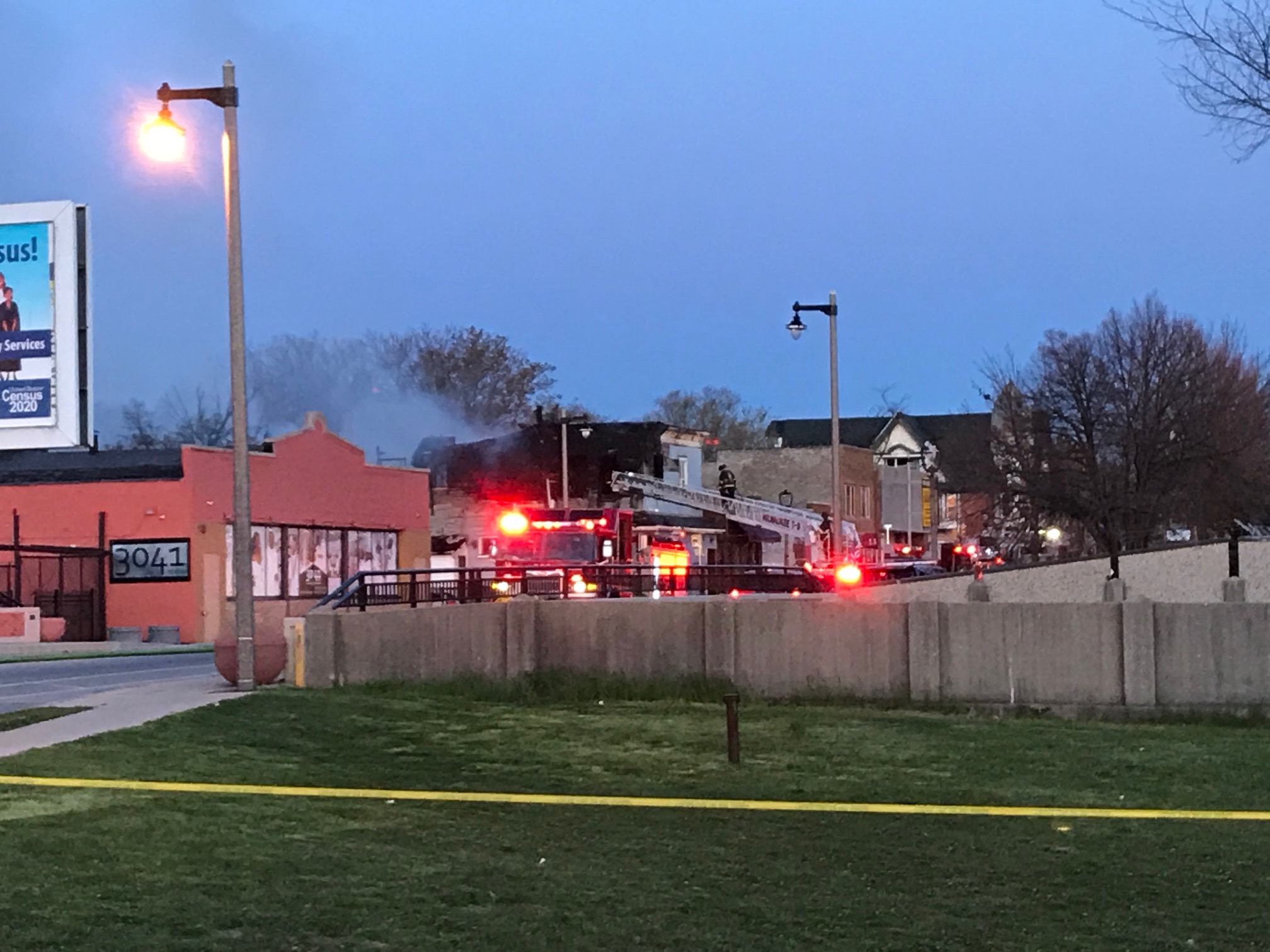 The fire department says a family was able to safely get out of the home. Three buildings in total were impacted.

MFD is still investigating the cause of the fire.