Semi carrying more than 10K pounds of cardboard rolls over, closing several lanes on I-43 near 6th Street 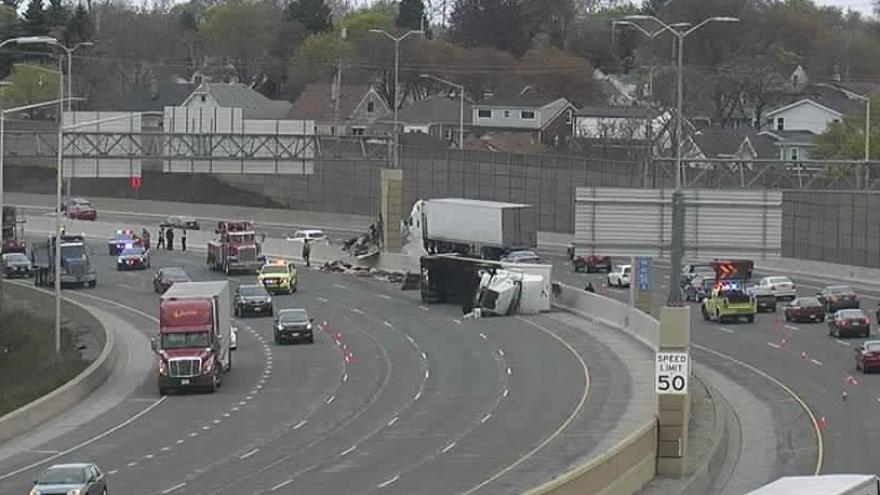 MILWAUKEE (CBS 58) -- A crash on I-43 near 6th Street caused quite the traffic backup Tuesday afternoon, April 27.

The call came in around 2:30 p.m., about a semi truck that rolled over. Three southbound lanes were blocked as well as two northbound lanes.

The backup for drivers was at least three miles long.

According to the sheriff's office, the semi trailer was loaded with 10,825 pounds of cardboard. It was destroyed in the rollover.

There were no other vehicles involved, and no injuries.

Officials say the driver was cited for failure to control a vehicle.