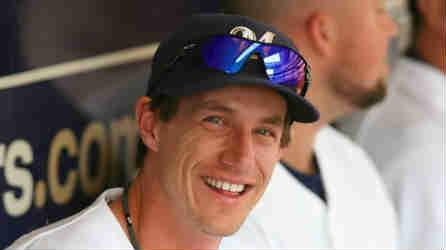 Milwaukee Brewers Manager Craig Counsell spoke to the amount of new players on the team during Spring Training in Arizona Wednesday.

“I don't think it's more than normal. We brought up lot of players last Sepember. It helps them by design for 16,” said Counsell.

RELATED LINK: The Brewers Medical Staff is the All-Star Team Behind the Brew Crew

He said there are a number of players that have opportunities.

“You look for the guy that's gonna win you the most games. Different players bring different skill sets,” said Counsell.

Counsell was, also, asked about Ryan Braun’s health, and he responded he still needs to have a physical.

“Preparation doesn't stop. Every day involves prep for players and for me,” said Counsell.

Counsell said the pitchers and catchers have created a great level of intensity during Spring training.

“I've said to coaches, let's not evaluate (during the 4 days of P and C). Let them get bullpen sessions and work in,” said Counsell.

Counsell said they have to believe that this is about the long haul of the season.