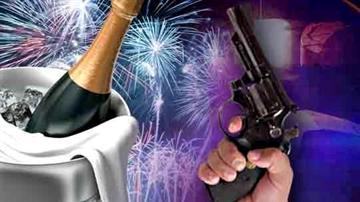 Milwaukee-- Milwaukee Police are using new technology to stop the tradition of people firing off their guns to ring in the New Year.

While ShotSpotter is a valuable crime fighting tool, police say it's no substitute for people calling 9-1-1 when they hear gunfire.  They also rely on people to encourage other to keep their guns locked up on New Year's Eve.

\"Just like we've asked people in the past, if a friend of yours has had too much to drink at a part,y don't drink and drive.  Somebody be responsible at the party and say hey man it's not okay to fire a gun off because somebody could get hurt, those bullets got to land somewhere,\" said Blaszak.