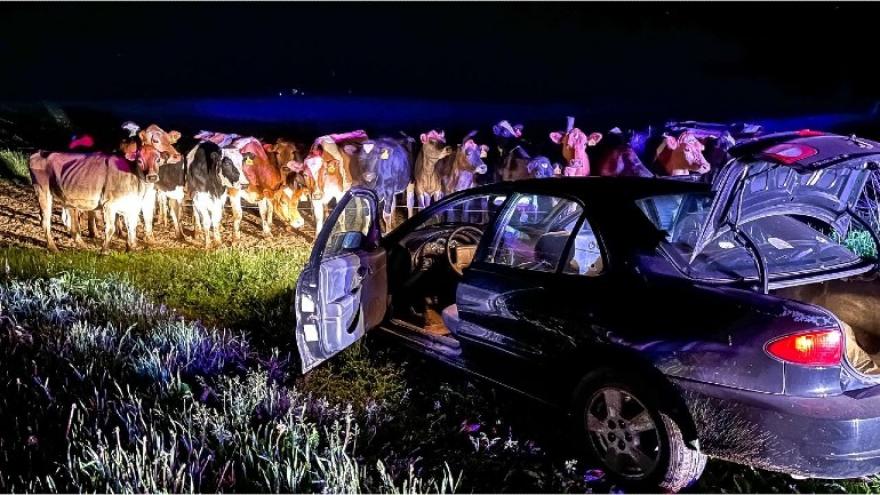 The Barron County Sheriff's Department assisted Barron police with a pursuit between Barron and Cumberland.

Officials say it ended on a farm when the suspect vehicle encountered an interesting blockade - a herd of cattle.

Thankfully, no humans or cattle were injured during the incident. Police say the driver was arrested.

The sheriff's department also thanked the Barron County Bovine Unit for their efforts.