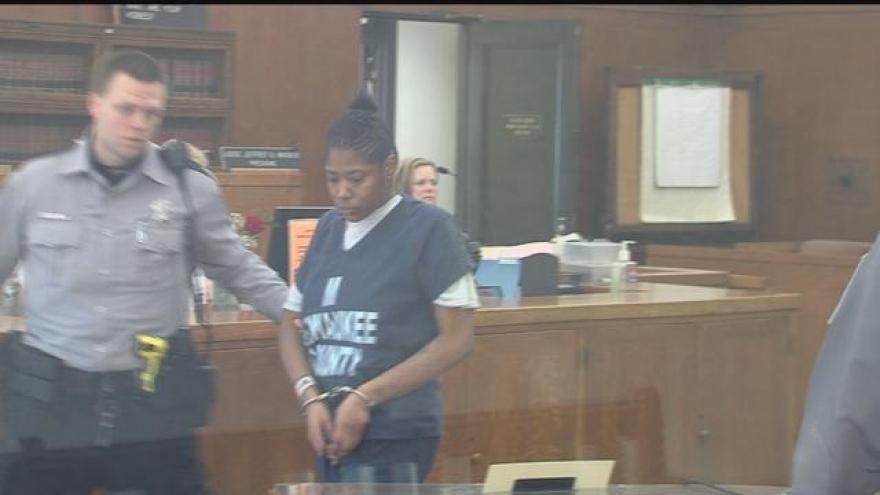 A Milwaukee woman asks for leniency saying she killed a woman because she felt threatened.

But the victim's family was have none of it at sentencing Wednesday.

"Look my daughter was murdered," a man yelled from the gallery as the defense seemed to blame the victim for the confrontation back in August. "You do not disrespect my child in here."

Judge Jeffrey Wagner quickly instructed the man to sit down, otherwise he would be escorted out of the proceedings.

The outburst happened during sentencing for Queen Johnson Grimes who said she got into a dispute with Paris McDaniel and was carrying a gun for protection amidst the tension and unrest in Sherman Park last summer.

There were indications that the victim was connected to a robbery moments earlier.

And you got the sense that both side wished it was a day they could get back.

"When my mother died and I got that call," said daughter Baliva Harrington. "It's like part of me left with her. Now I don't have my mother anymore."

The defendant then apologized to her victim's family.

"I was at the wrong place at the wrong time," Johnson Grimes told the judge. "I had my whole life ahead of me. If I had walked away I would never be here."

Judge Wagner noted that the defendant has no prior criminal record. But he said she left behind a legacy of sadness and sent her away for five years.

She legally was allowed to carry a gun.