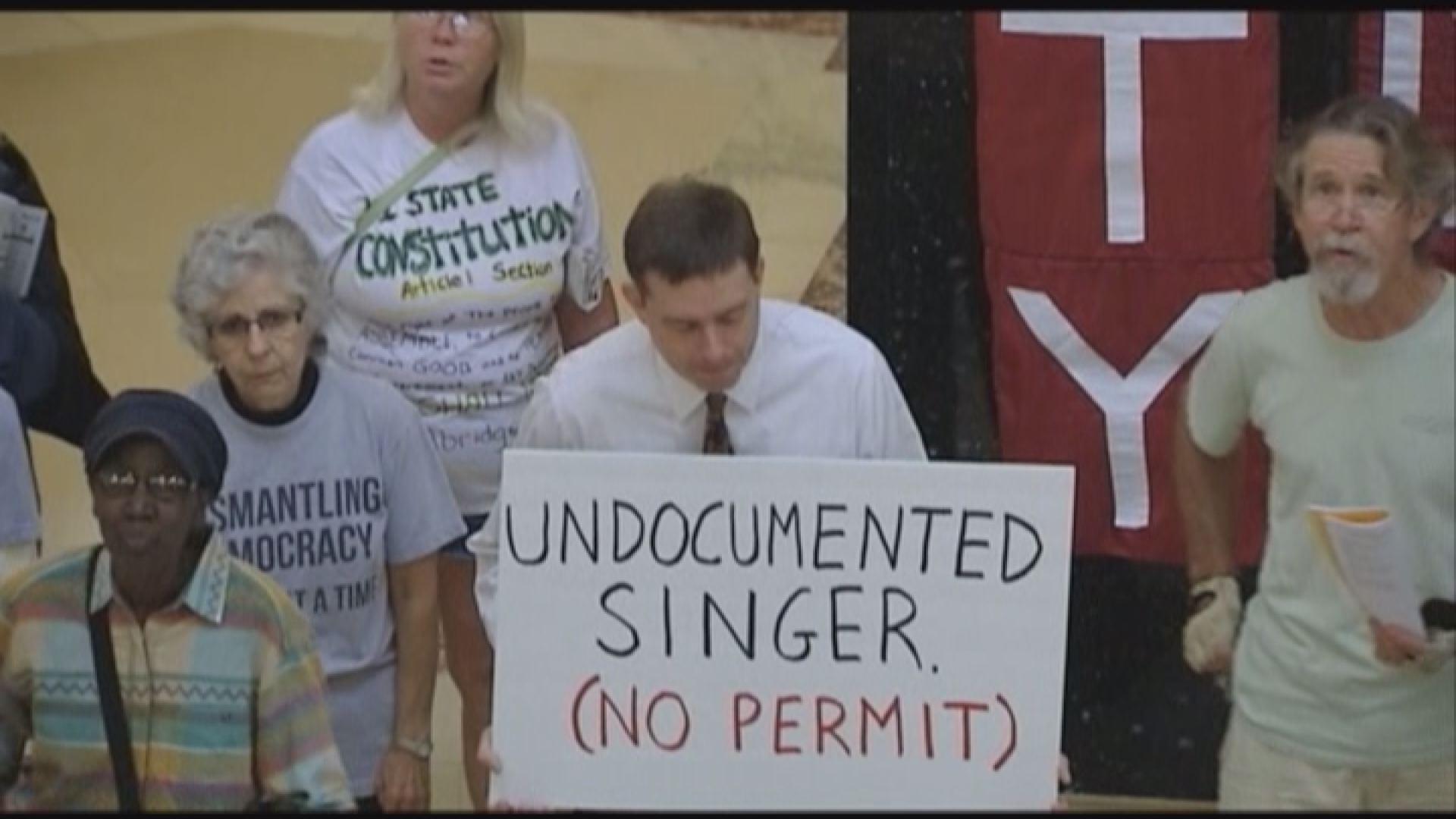 The songs are almost always against Governor Scott Walker and his policies.

The solidarity sing along group is almost always inside the State Capitol building at noon, but Friday chose to go outside so they could use instruments. One of its leaders has almost always been Brandon Barwick.

\"I was conducting the daily sing-alongs, I was editing and updating and making all the song books.\" Barwick said.

Back in 2013, the Wisconsin Department of Administration created a short-standing rule that said groups of people need to have a permit to demonstrate in a state building. The singers kept showing up without applying for permits as a way to continue their fight against Walker and his administration. So Capitol Police ticketed and sometimes handcuffed the protesters taking them to an office in the basement for processing.

\"I got arrested in handcuffs six times during that period, so ya this all adds up to 34 total tickets.\" Barwick said.

Lawyers say police wrote 336 tickets to people demonstrating without a permit in the summer of 2013. Many people have challenged those tickets in Dane County Court, and most were dismissed.

The state fought back saying the tickets should stand, but a Wisconsin appellate court ruled the tickets violated First Amendment of freedom of speech.

“It's very very good news for everybody involved. I'm hoping for the best, this has been hanging over my head for a long time.\" Barwick said.

The Wisconsin Department of Justice has 29 more days to decide if they want to challenge that decision in state Supreme Court. A spokesperson said the DOJ is still working to figure out the next steps.