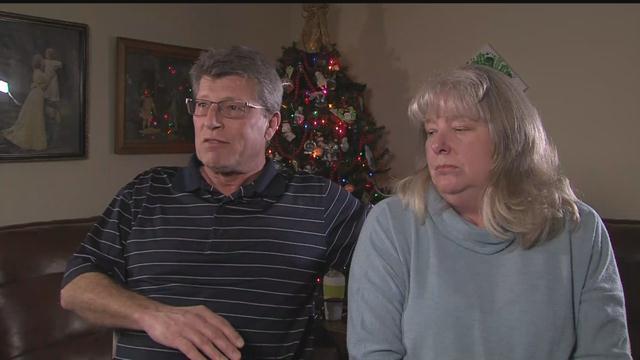 In early December, The Finks were running errands and stopped to eat at Mt. Pleasant Applebee's restaurant.

Little did they know, their experience there would inspire them to start a pay it forward movement.

"The bill was probably a sizeable bill," Rick Fink recalled about the group of 8 to 10 people . "They left the waitress with the bill and of course not even a dime tip."

"You could see the look on the waitress, Danielle's face that she was a little hurt and surprised."

She also asked other customers and friends to be sure to leave big tips for the waitress.

"I did an event on facebook and set a time," Nancy explained. "We had about 20 people show up for the pass the hat."

The waitress tells CBS 58's April Dvornay that she's been stiffed plenty of times, but this was the first time there was an effort to pay it back.

So, she decided to pay it forward and give the cash to someone else in need.