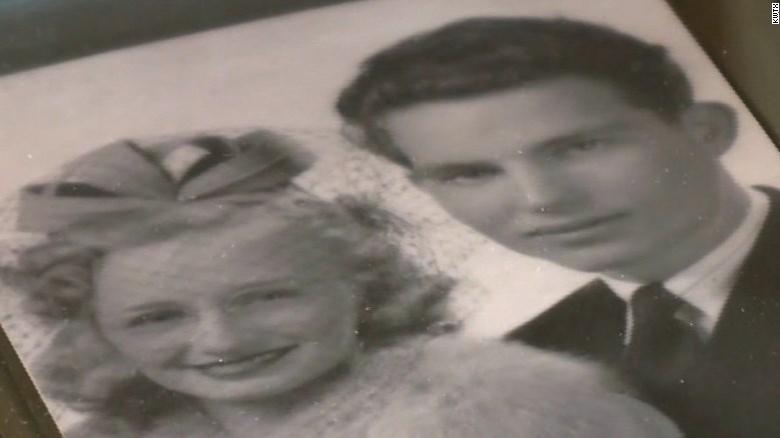 (CNN) -- Together for 74 years, even death couldn't keep Leonard Cherry and his wife Hazel apart.

The Cherrys were high school sweethearts, married in January 1942 in Muldoon, Texas. Last week they died, just a few hours apart. Their only grandson, Craig Cherry, said their love was the strongest love that he had ever seen.

Although family members are mourning their loss, the couple's 72-year-old son, David Cherry, is grateful that his mother and father can be together forever.

Leonard Cherry, 95, had been in hospice care only days before his death at the St. Catherine Center in Waco, while Hazel Cherry, 93, who was in good health, moved into The Village at Providence Park, a nursing home, just next door.

"Mother had been driving around town and still going to the grocery store as recently as two weeks ago, but Dad's health had been failing for some years," David Cherry told the affiliate.

Leonard Cherry died at 1 p.m. on Thursday. His wife passed at 11 p.m. It was not immediately clear what caused her death.

David Cherry said his parents would be missed.
"It's kind of hard you know, you can't pick up the phone and call them anymore, or call mother and can't go by and see Dad," he said. "The more I began to think about it, I began to smile because of how much they loved each other."

Leonard Cherry became a B-24 bomber pilot after enlisting in the Army Air Corps at the start of World War II. Stationed at Carswell Army Air Corps Base in Fort Worth, he trained others to fly the plane.

Once the war was over, Leonard stayed in Fort Worth and went to work as an auto body repair man. He later owned his own auto repair business that he and his wife operated until 1980, but the couple of almost 40 years wanted to be closer to their grandchild and son.

Leonard sold his auto repair business and the couple moved to Woodway to spend the rest of their lives together.

A memorial service is scheduled for the two Friday.