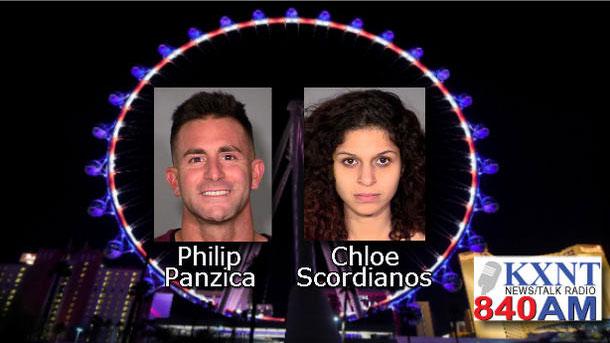 LAS VEGAS (CBS NEWS) -- A Houston man and a New York woman are facing felony charges after authorities say they were recorded having sex in public during a 30-minute ride in a glass-enclosed cabin on a Ferris wheel 550 feet above the Las Vegas Strip.

A Las Vegas judge on Tuesday set a March 9 date to see if the charges against Phillip Frank Panzica III and Chloe Scordianos can be resolved without trial.

The two were arrested Feb. 5 after riding alone together in one cabin on the High Roller.

Images haven't been made public.

Scordianos' lawyer, Chris Rasmussen, says his client believed the couple had an expectation of privacy.