Couple Charged in Alleged Cyberbullying that led to Teen's Suicide 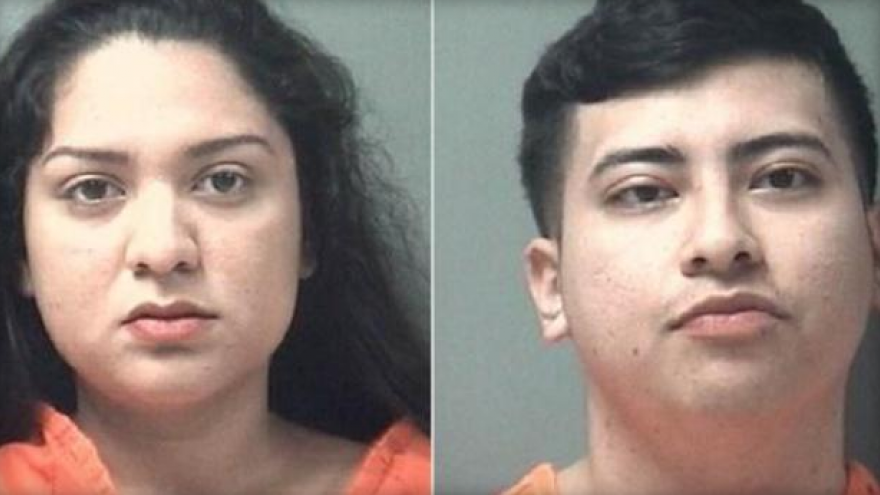 GALVESTON, Texas -- (CBS NEWS) A Southeast Texas man and his girlfriend were indicted Thursday on charges arising from the cyberbullying of the man’s ex-girlfriend until her suicide.

A Galveston County grand jury indicted Andres Arturo Villagomez, 21, and girlfriend Karinthya Sanchez Romero, 22, on charges arising from the Nov. 29 suicide of Brandy Vela, Villagomez’s ex-girlfriend. The 18-year-old woman shot herself in the chest and died in front of her horrified family at their home in Texas City, about 10 miles northwest of Galveston. The Galveston couple is accused of actions that investigators say drove Vela to take her own life.

Romero is charged with stalking and online impersonation, felonies punishable by two to 10 years in prison. Court documents allege that she, on multiple occasions, made threatening and harassing phone calls to Vela. In interviews shortly after the suicide, Raul Vela said his daughter changed her cellphone number but her tormentors always found her.

Romero also is accused of setting up fake Facebook pages in Brandy Vela’s name to post content that was embarrassing, intimidating and harassing to the woman.

The indictment charges Villagomez with unlawful disclosure or promotion of intimate visual material, a misdemeanor punishable by up to a year in jail. Court documents allege that he provided photographs to be posted on the internet that portrayed Vela in sexually graphic poses -- images obtained from Vela that were meant to be private.

According to Texas City Police, Villagomez was Brandy’s ex-boyfriend and Romero is his current girlfriend, CBS affiliate KHOU-TV reports.

Romero is being held on bonds totaling $20,000, while Villagomez is jailed on a $2,500 bond. Galveston County prosecutor Bill Reed said he’s not aware of the two having attorneys.

One day after Brandy took her life, her father demanded justice.

“I want to see these people get locked up,” said Raul Vela. “I hope they get what they deserve because I didn’t deserve this,” KHOU-TV reports.

Brandy was a Texas City High School senior who her father claims cried out for help from the bullies who were tormenting her on social media. According to Vela, the harassment began when someone began using her picture online.

“And continually posting nasty things about her,” added Vela. “Set up an account saying she was actually soliciting sex.”

Brandy Vela’s final cellphone text message to her family was: “I love you so much just remember that please and I’m so sorry for everything.”