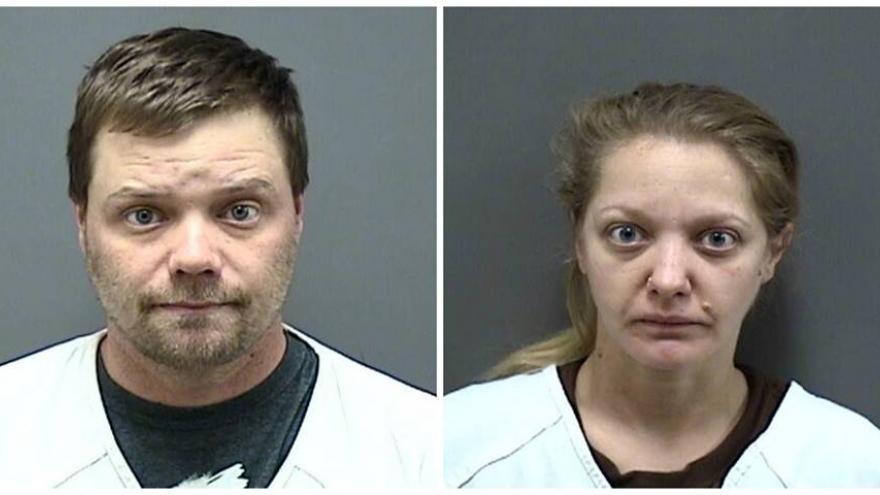 WIND LAKE, Wis. (CBS 58) - During the early morning hours of November 5 Racine County Sheriff’s Deputies responded to a house in Norway for a welfare check. Dispatch got a call from a concerned mother who said her two teen daughters were babysitting for an acquaintance.

The mother told 911 that the couple came home drunk, were smoking Marijuana, and engaging in inappropriate sexual behavior.

The man, Justin Robinson, is accused of laying down on one of the teens while he was naked. The teens also told deputies they saw Crystal Robinson naked and that she offered the girls marijuana. The couple also attempted to lure one of the teens into their bed.

Deputies executed a search warrant at the house and found drug paraphernalia, marijuana, and drug packaging materials. Multiple guns were found in the house and several of them were loaded.

Crystal and Justin Robinson were arrested and are being held in lieu of a $15,000 cash bond in the Racine County Jail on multiple charges including possession of drug paraphernalia, possession with intent to deliver or manufacture THC, maintaining a drug trafficking place, exposing intimate parts, lewd and lascivious behavior, child enticement and first degree reckless endangering safety.