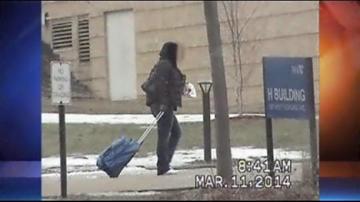 County Executive Chris Abele and Sheriff David Clarke are in full agreement on the firing of the  employee and are now working together to stop others from abusing the system.

I have reeled for years with bureaucrats that administer medical leave and the way they rubber stamp the approvals like they're handing out M&M's,\" said Sheriff Clarke.

\"If your viewers are wondering, does this happen often?\" said Abele, \"This is just one example. It happens too often and your paying for that.\"