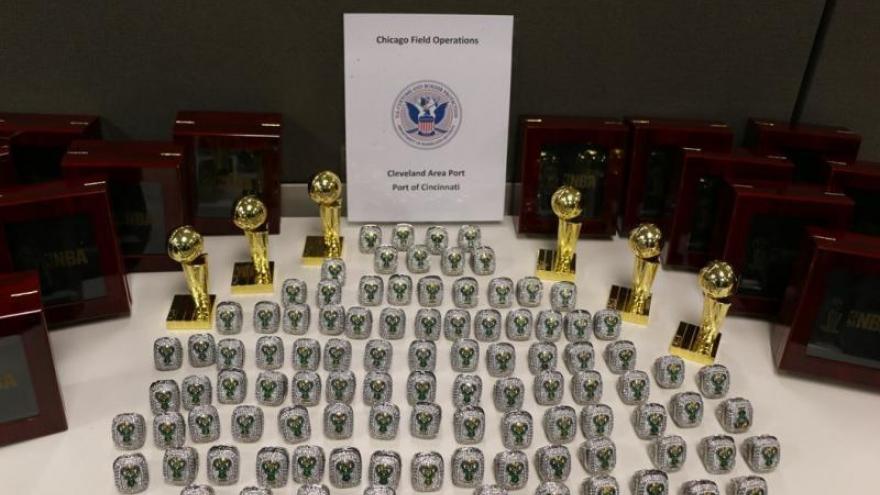 MILWAUKEE (CBS 58) -- Officers in Cincinnati have seized numerous shipments of counterfeit championship rings over the past three months, according to U.S. Customs and Border Protection (CBP).

Between October and December, CBP officers reportedly intercepted more than 56 shipments of counterfeit rings -- a total of 1,382 rings and trophies were seized.

Officials say many shipments contained trophies such as the Vince Lombardi trophy to go along with the ring sets.

The shipments originated in China and would have been worth $982,263 had all shipments been genuine.

The rings and trophies were determined to be counterfeit by CPB's Centers for Excellence and Expertise, the agency's trade experts.

CBP recommends consumers take the following steps to protect themselves from counterfeit goods:

If you have information concerning counterfeit merchandise illegally imported into the United States, you can submit an anonymous report through the e-Allegations Online Trade Violation Reporting System.