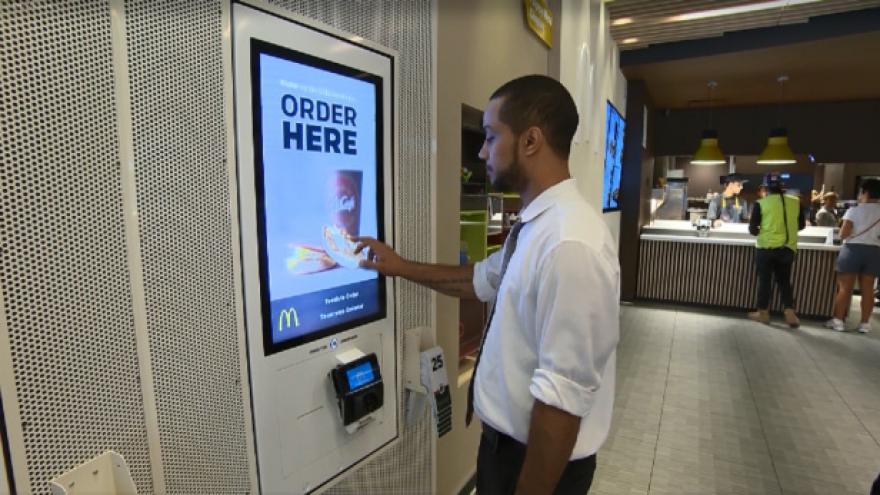 Thousands of McDonald's restaurants are adding a new feature this year: self-serve kiosks.

The new tools are expected to arrive in about 2,500 McDonald's restaurants by the end of the year. The company plans to have them in most of its 14,000 U.S. restaurants by 2020.

McDonald's says skipping the traditional cashier is part of its experience of the future. At some locations, you can order food through the company's app and pick it up at the drive-through, or even get table service.

Jonathan Alvarez has only 30 minutes for lunch, so when the McDonald's near his job added self-order kiosks, he saw them as valuable time-savers.

"It's superbly faster, it's almost 50 percent as fast," he told CBS News.

The fast food giant is not alone: more and more quick-service restaurants add ordering through kiosks or mobile apps. Fast-casual chains like Panera, Chilis, and Applebee's have also introduced in-restaurant electronic ordering and payment systems to speed up the process.

And bypassing cashiers could be just the beginning. A burger-flipping robot called "Flippy" will be used in select Caliburger restaurants next year. The machine uses artificial intelligence to identify foods and cook them properly.

Martin Ford, author of "Rise of the Robots," believes more fast food restaurants will adopt this type of technology in the future --leading to fewer jobs.

"For me it's easy to imagine a fast-food store employing maybe 30 percent fewer employees, or maybe even half as many employees," Ford said in an interview with CBS News.

Zoriah Foushee helps customers manage the new kiosks at McDonald's. But she's not concerned she'll lose her job. "I feel like there's always going to be a need for someone to be up there," she said. "Someone to fix something if something is wrong."