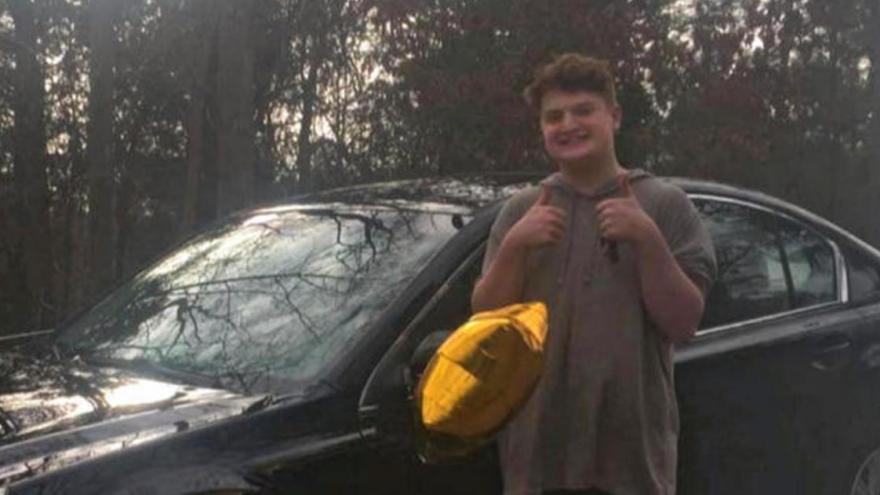 A South Carolina coroner says too much caffeine caused the death of a healthy teenager.

Sixteen-year-old Davis Cripe collapsed last month at his high school and died at a hospital after consuming a large soft drink, a latte and an energy drink over a short period.

By all accounts, Davis was healthy and active. According to his father, he shunned drugs and alcohol, reports CBS News correspondent Tony Dokoupil.

A classmate who was with Davis the day he died, said he loaded up on caffeine -- and "basically chugged" an energy drink during class.

Davis was a high school sophomore who found his rhythm while playing the drums.

"He was a great kid, he didn't get mixed up in the wrong things -- he loved music," his father, Sean Cripe, said. "We worry about their safety, their health, especially once they start driving, but it wasn't a car crash that took his life, instead it was an energy drink."

While his initial autopsy required more testing, Richland county coroner Gary Watts, said Davis consumed a large soft drink, a latte and then an energy drink in less than a two-hour span, bringing on what he called a "cardiac event."

"These drinks, this amount of caffeine, how it's ingested can have dire consequences and that's what happened in this case," Watts said.

"You know it when it happens. You start to feel dizzy. You can feel it in your chest," said CBS News medical contributor Dr. David Agus. Agus says energy drinks send more than 20,000 people to the emergency room annually.

"The problem that we're learning is that it's not just caffeine, it's the other stimulants that are in there.  In a cup of coffee, you may have over 45 minutes or 60 minutes. These energy drinks you're having all at once. And so all the caffeine give this big peak in the body and that's when bad things happen." Agus said.

Sean Cripe says the tragic way his son lost his life could be someone else's lifesaver.

"Parents, please talk to your kids about the dangers of these energy drinks," Cripe said.

The coroner said Davis' autopsy showed no signs of an "unfounded" or "undiagnosed heart condition."

The American Beverage Association, which represents the makers of almost all energy drinks sold in America, did not return a request for comment. The trade group says their energy drinks can be safely consumed in moderation.