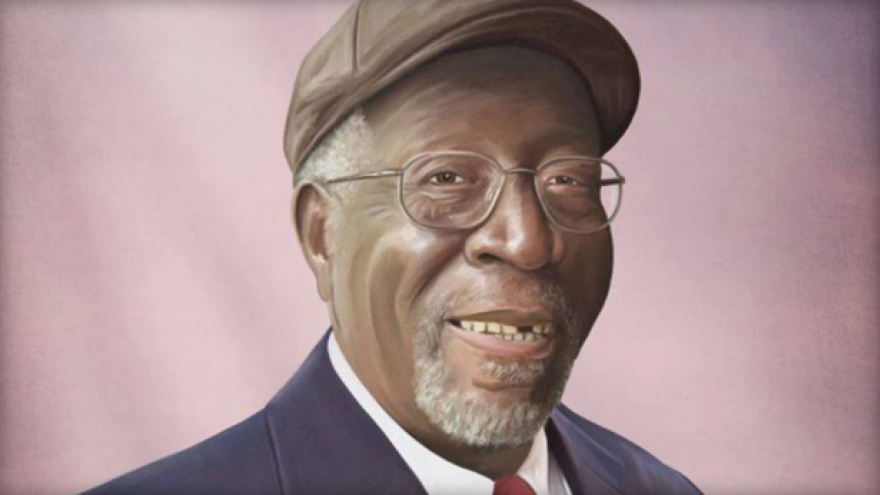 (CBS NEWS) Police officers having a hard time finding the right words to comfort the family of 74-year-old Robert Godwin, Sr., who was killed last week in an apparently random shooting that was video-recorded and posted on Facebook, have found another way to honor the man — with art.

Philadelphia Police Department forensic graphic artist Jonny Castro created a digital painting of the Cleveland, Ohio, victim on Tuesday. The department shared the portrait of a smiling Godwin on its Facebook page, along with an eye-opening message.

“This digital painting of Cleveland, Ohio homicide victim Robert Godwin, Sr. is being shared in order to get an extremely important message out there,” the Philly police department wrote in a post that has been shared more than 8,500 times. “YOU – the public – are the best weapon we have in the fight against crime. Sure, that’s a cliche – but some cliches become cliches for a reason. FACT: Mr. Godwin’s killer is no longer a threat because a citizen picked up a phone and called police.”

The department is referring to the McDonald’s employees in Erie, Pennsylvania, who recognized the 37-year-old murder suspect, Steve Stephens, at a drive-thru Tuesday and attempted to stall him as they contacted police.

Within “30 seconds,” Tom Ducharme Jr., who owns the McDonald’s, told CBS affiliate WSEE Pennsylvania State Police had responded and were on Stephens’ tail. Stephens killed himself after a brief chase about two miles from the restaurant, ending a nearly 48-hour multistate manhunt.

“Every day in this country, individuals like Mr. Godwin are senselessly killed by cowards whose names aren’t worth the keystrokes necessary to type them into posts like this one. Far too often, it is the names and faces of those criminals – not their victims – that are remembered as we see them plastered all over the media,” Philadelphia police continued. “The sooner those wanted individuals are in custody, the sooner we can stop posting their pictures. Believe us – getting them into custody and off of our pages and streets makes us very happy.”

Castro has created dozens of portraits over the years, often memorializing officers killed in the line of duty. A group of 15 police officers in Philadelphia’s 18th district asked Castro if he could paint a picture of Godwin.

When Casro finished the beautiful piece of art, the officers pooled together funds to make sure Godwin’s 9 children and 14 grandchildren would each get a print, free of charge.

“At 74 years old, his life was taken during a single act of senseless violence,” Castro said in a Facebook page created to showcase his artwork. “He was a peaceful man, who enjoyed fishing and helping his community in Cleveland.”

Debbie Godwin, the victim’s daughter, told Cleveland.com her father had retired after years as foundry worker. He frequently fished in Lake Erie and collected aluminum cans as “just something to do.”

She said her father was “a great man, a sweet man.”

“All my life, all I’ve ever known for my dad to be a provider,” she said.