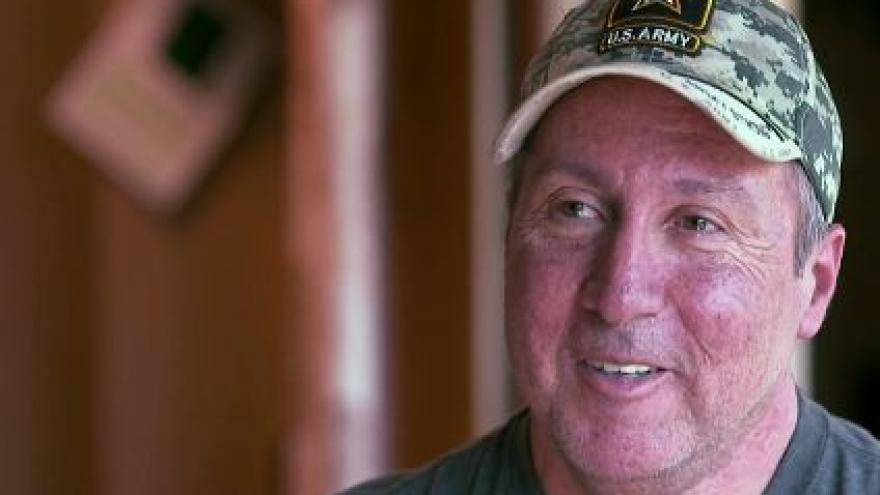 HOUSTON (CBSNews) -- Houston's police chief says the homes of 400 of his officers were destroyed or damaged by Harvey, but they stayed on duty during the storm. One officer, Bert Ramon, helped to save more than 1,000 people, even though he was fighting stage 4 colon cancer.

When Ramon posed for a picture, he was sending a signal to his wife, Cindy, reports CBS News' David Begnaud

"That's me giving a thumbs up that I'm OK. Don't let everybody worry about me," Ramon said.

The 24-year police veteran became one of the heroes of Hurricane Harvey, helping rescue nearly 1,500 people. Many were children – all were desperate.

"This is one where we unloaded all the seniors from an assisted living facility center in Kingwood," Ramon recalled.

For four days, it was treacherous. One police boat capsized and Sergeant Steve Perez drowned in his patrol car.

Ramon, who worked both Hurricanes Alison and Rita, said Harvey was "like apocalypse -- it was just unreal."

And it was dangerous for Ramon, who has stage 4 cancer. It has spread from his colon to his liver and lungs.

"I just said he does know his platelet counts are low? So he can bump, bruise, bleed easily? She says I know but it's what he wants to do," said Diana Reed, Ramon's case manager. That's what Cindy's wife told Reed.

Ramon just finished his latest round of chemotherapy Sunday. He spoke to CBS News about faith and finding his purpose.

"God answered my prayer. It came out of this flood. I hope I can inspire other cancer patients that you know don't let this hold you back. If you feel strong, don't let it take over your life at all," Ramon said.

For his health, had been stuck on desk duty. When Houston started to flood, Ramon couldn't get to his police station, so he went to the next closest one: the Lake Patrol division. His colleagues were worried about him.

Asked if he ever thought it might be a bad idea, Ramon said, "No it never crossed my mind at all – never."

He put his health concerns on hold, for the city he swore to serve.

"As long as I feel good, I feel healthy, I'm going to go out there and work you know. And it hasn't slowed me down yet. Thank God."