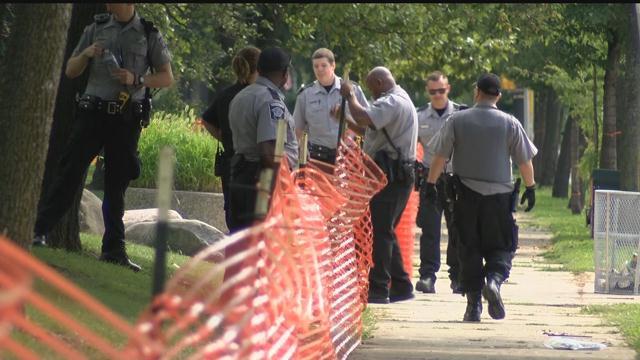 There is something going on in Sherman Park right now that has neighbors confused.

Deputies put the fencing back up Sunday evening.

Although we have not gotten official word from Milwaukee County Sheriff David Clarke, this appears to be a part of the continuing conflict between him and Milwaukee County Executive Chris Abele about when this park should re-open.

In a statement Abele said that taking down the fencing was removing both a literal and figurative barrier to healing in Sherman Park.

The fence was put up following the unrest in the area, but neighbors question to what purpose. Neighbors said that the park has never been the problem before or sense.

The move is being taken by neighbors as Sheriff Clarke claiming authority on how the situation should move forward.

.CBS 58 was told 6 PM is the cut-off time from deputies. Community members after 6 were still in the park and deputies were not moving in

Neighbors say authorities have been lenient on that time in the past, but it's unclear how strict they plan to be this evening.

Chris Abele's Office released this statement saying "the only person who thinks the sheriff has the unilateral authority to make this decision is the sheriff. The sheriff's misunderstanding of what he is and isn't elected to do is causing disruption and violates the law."