Construction workers rescued after being stuck underground in downtown Milwaukee 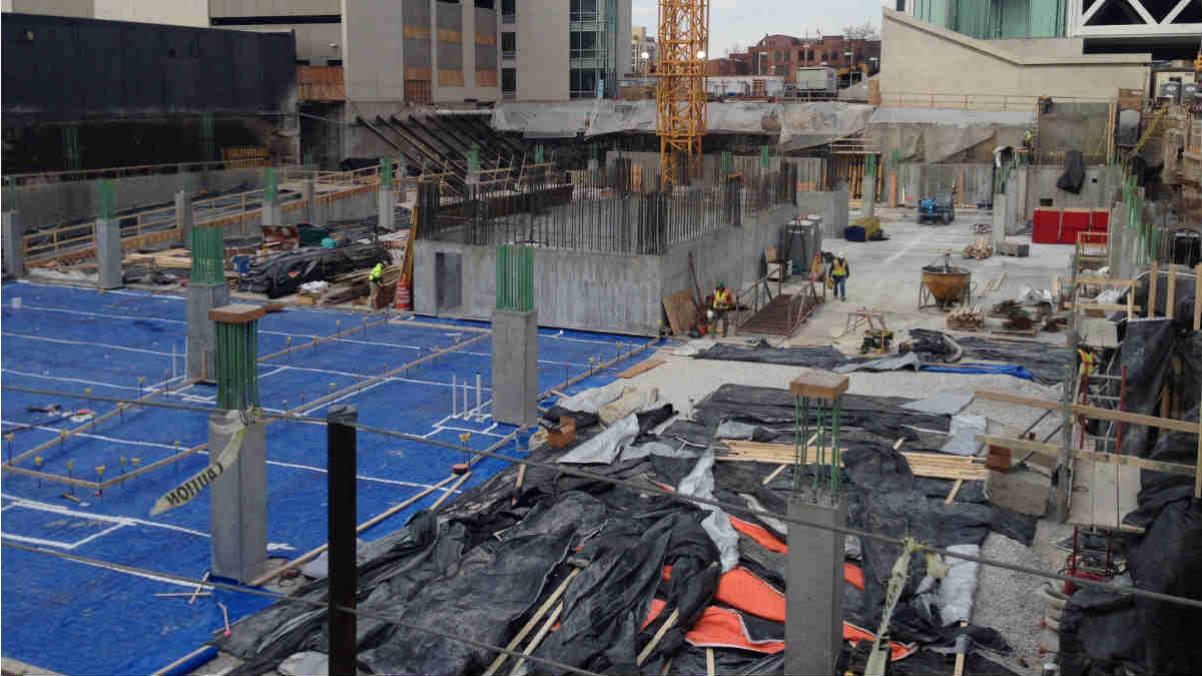 Two constructions workers have been rescued after being stuck about 25 to 30 feet underground near Cass and Michigan streets in downtown Milwaukee.

Officials say the men were busy pouring concrete around 6:30 Tuesday morning for a multi-tenant office development, 833 East Michigan, when something went wrong. Milwaukee firefighters can not say what exactly happened, but somehow, one of the men was pushed into the other, knocking them both to the ground. Both men suffered minor injuries and were taken to the hospital.

The construction site is a wide area below street level that requires crews to use a ladder to access it to do their work. The ladder was too far away for the men to get to after their injuries, so Milwaukee's Heavy Urban Rescue Team was called in to bring them to safety.

Battalion Chief Dewayne Smoots said it wasn't a difficult mission, but instead complicated, because of the cold weather and the time it takes to set up equipment.

\"We set up what we call a one-point suspension, which is when we use one of our ladder platforms, lower ropes down, put the people in the stokes basket and we bring them up with the stokes basket,\" he said.

Construction work continued at the site after the accident. Milwaukee Police and OSHA will conduct any further investigation into what happened and any possible site violations.