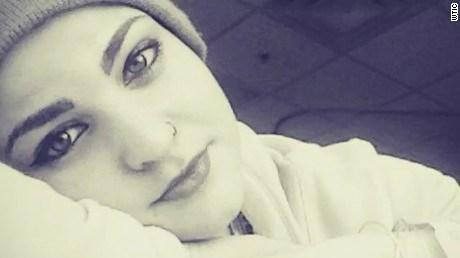 A Connecticut 17-year-old who was forced to undergo nearly six months of chemotherapy to treat Hodgkin lymphoma is in remission, her attorney said Monday.

\"Cassandra C.,\" as she is identified in court papers, was diagnosed with Hodgkin lymphoma in September. Medical experts gave her an 85% chance of survival if treated with chemotherapy. Without it, doctors said at the time, she was likely to die within two years.

After her diagnosis, the young woman and her mother missed follow-up appointments, prompting the hospital to contact the Connecticut Department of Children and Families. They were concerned it was a case of medical neglect.

After an investigation, the department requested temporary custody of Cassandra. She was removed from her mother's home and placed with a relative. A judge then allowed her to return home under the supervision of Department of Children and Families on condition she agree to complete the recommended treatment.

After two days of chemotherapy in November, Cassandra ran away for a week, according to court documents. When she returned home she said she wanted to discontinue the treatment. Her mother, Jackie Fortin, who said she is opposed to chemotherapy, said her daughter didn't want the treatment because she did not want to put the \"poison\" in her body.

In December, a judge returned Cassandra to the custody of Department of Children and Families after hearing testimony from her attorney. She was admitted to Connecticut Children's Medical Center in Hartford. Doctors surgically implanted a port in Cassandra's chest to administer chemotherapy medications, which began in spite of legal maneuvers to halt them.

Now, she has just two treatments left, according to her state appointed attorney, Josh Michtom, who said she is feeling well and she is in good shape as far as her health is concerned.

\"She's seen in her case the side effects weren't bad and she's been well treated by the nurses and doctors and does want to complete the treatment,\" he said.

In January, he and an attorney for Cassandra's mother failed in their effort before the Connecticut Supreme Court to make the case that Cassandra was mature enough to make her own medical decision.

In a statement emailed to CNN on Monday, Department of Children and Families Commissioner Joette Katz said, \"We are very pleased with Cassandra's progress toward a complete recovery. We understand how difficult this has been for Cassandra and her family, but we have had full confidence throughout that the medical professionals involved in her treatment would be successful in saving her life.\"

The agency has denied CNN's request to speak with Cassandra or her physicians.

Michtom said he will return to juvenile court next week to try to persuade a judge that Cassandra should be returned to her mother's custody. He will argue she is no longer in imminent risk of harm from her illness and that she wants to complete her treatment.

According to Michtom, Department of Children and Families could have withdrawn its position for an order of custody but hasn't. He said the department sees Cassandra as a flight risk.

In the meantime, Cassandra is said to spend her days reading, watching TV and drawing.