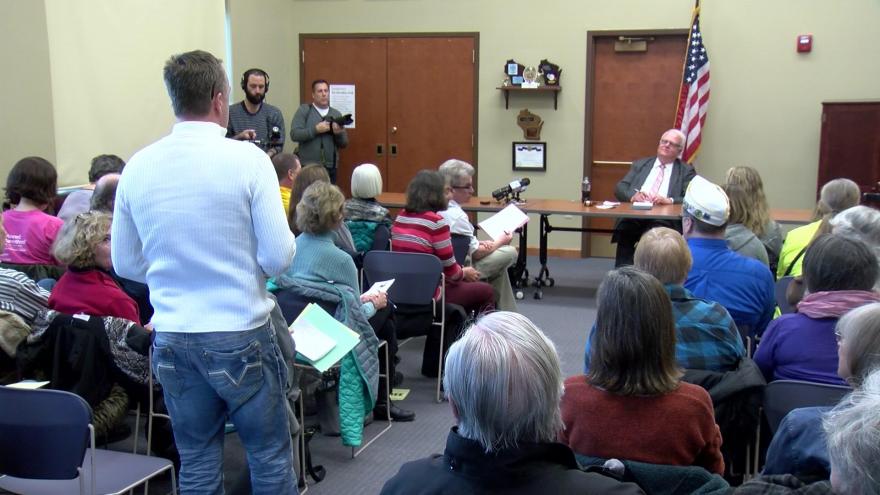 PEWAUKEE - Congressman Jim Sensenbrenner is spending the weekend in Wisconsin. He's listening to the concerns of the people he represents.

Hundreds showed up to a mostly civil town hall in Pewaukee Saturday afternoon. The room reached capacity, so close to one hundred people had to stand in the hallway.

The Congressman says social security and medicare need to be reformed.

"The fact of the matter remains is that with both social security and medicare, if we leave things going the way they're going, they'll go broke," Congressman Sensenbrenner said.

His support of repealing the Affordable Care Act without having a viable replacement angered at least one person.

The congressman also talked about the ongoing battle over immigration. "So one of the things the president has ordered is that an illegal immigrant who has committed a crime after they serve their time in an American prison, will be picked up by the US Marshall and immediately deported. I say Amen to that."

There will be another one of these town hall meetings Sunday. He will be at the Village Hall in Elm Grove at 1 p.m.

It comes at a time when many people feel out of touch with men and women who represent them.

The offices of Senators Ron Johnson and Tammy Baldwin are being flooded with phone calls from people worried about President Trump's actions and executive orders.