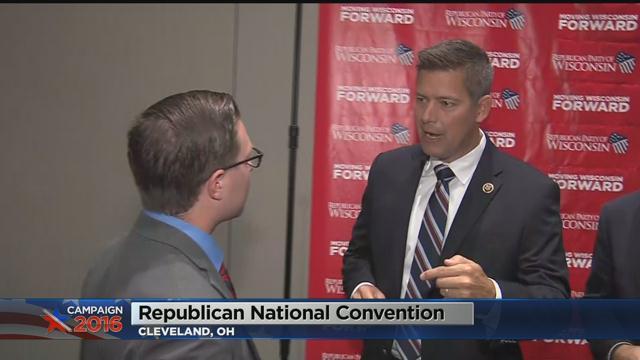 The theme of the Republican National Convention is "Make America Great Again.”

Along with the speeches there are protests.

A group of Milwaukee area residents led by the immigrant rights group Voces de la Frontera took part in a march to protest the Republican Party's nomination of Donald Trump for president.

House Speaker Paul Ryan joined the group and spoke to them this morning talking about his Republican house agenda and praised the work Wisconsin Republicans have done at the state level.

After the breakfast, CBS 58’s David Ade had a chance to sit down for a one on one interview with Wisconsin Congressman Sean Duffy.

He and his wife, Rachel Campos Duffy will speak at the convention together tonight.

"I think it's a little tougher to do a two person speech. We do well together but it's a big stage. We will have to rehearse quite a bit to make sure we get the timing right because you don't see two people on the RNC or Democrat stage together very often,” said Duffy.

Duffy says he will talk about the American dream, upward mobility, and says he will probably take a few hits at Hillary Clinton.

Also Duffy stressed how important it is for republicans in Southeast Wisconsin to get behind Donald Trump. That's a common theme so far here among Wisconsin delegates.