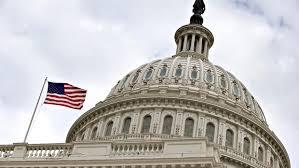 Congress on Wednesday passed a GOP-sponsored spending bill that Democrats had previously blocked because it didn’t contain aid for Flint to recover from its water crisis, officially averting a government shutdown.

The House passed the bill 342-85 Wednesday night to keep the government funded through Dec. 9. Earlier on Wednesday, lawmakers in the Senate passed the bill 72-26. Both chambers of Congress had aimed to approve the legislation so they could leave Washington for a six-week recess focused on campaigning ahead of the election.Ahead of the vote in the Senate, Sen. Barbara Mikulski, D-Maryland, the top Democrat on the Senate Appropriations Committee, said she would support the measure even though she said it’s not perfect and urged members of her caucus to do the same.

This comes just days before Saturday’s deadline to pass a funding bill and avoid a government shutdown and after Speaker Paul Ryan, R-Wisconsin, and House Minority Leader Nancy Pelosi, D-California, reached a deal in the House to address Flint aid separately in a water resources development bill.

The CR will keep the government funded through Dec. 9 at current funding levels. Besides the regular government funding, it would also provide $1.1 billion in emergency funding to fight the Zika virus, but it’s offset by $400 million that would be taken away from programs Democrats view as crucial. In response to floods that ravaged Louisiana and other states recently, the legislation would also provide $500 million in supplemental funding.

Earlier in the day, it was unclear if the Flint deal was enough to appease Democrats who had problems with the spending bill’s lack of Flint provisions.