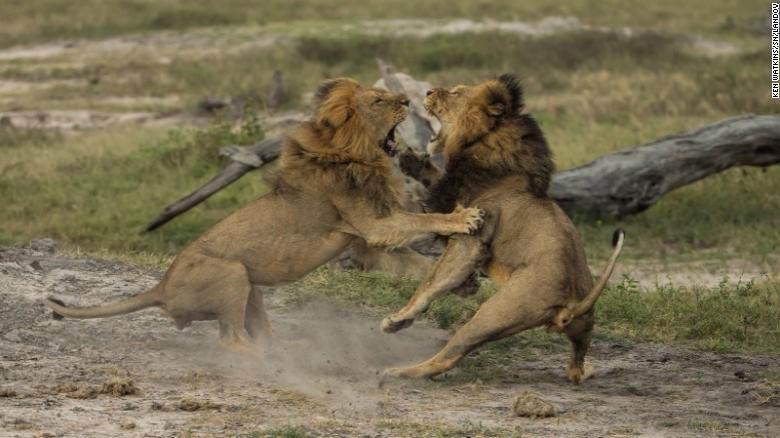 (CNN)Conflicting reports emerged on whether Jericho, the brother of slain Cecil the lion, was also killed Saturday in an illegal hunt in Zimbabwe.

The task force also reported on its Facebook page that Jericho was killed at 4 p.m. local time.

Later, however, an Oxford University researcher tracking Jericho told CNN that the lion was alive and moving as of 8 p.m. local time Saturday, based on the GPS data from the animal's collar.

The GPS device didn't suggest that Jericho was killed or that anything was out of the ordinary, said Brent Stapelkamp, a field researcher who is part of a team tracking Jericho in Zimbabwe.

\"We are seeking to clarify conflicting reports,\" an Oxford spokesperson said.

At a minimum, the conflict over Jericho added to the angst in the wake of Cecil's killing, which provoked an international outrage because he was a protected animal. Zimbabwe is seeking the extradition of American dentist Walter Palmer on accusations that he and others illegally hunted the lion, authorities said.

The Zimbabwe Conservation Task Force was emphatic on its Facebook page when it declared Jericho dead.

\"It is with huge disgust and sadness that we have just been informed that Jericho, Cecil's brother has been killed at 4pm today,\" the Zimbabwe Conservation Task Force said.

\"We are absolutely heart broken,\" the Task Force added on the Facebook posting.

Jericho was considered to be caring for and defending Cecil's cubs, but the survivability of those cubs seemed imperiled if Jericho had indeed been killed.

Some of the cubs may have been Jericho's, said David Macdonald, director of Oxford's Wildlife Conservation Research Unit, who has been studying Cecil.

Male coalitions, often between brothers, oversee prides of females in lion society and protect them from threats posed by outsider male lions, the scientist said.

But if Jericho were killed, the cubs' chance for survival \"is probably gone,\" said Dave Salmoni, an apex predator expert for Animal Planet.

Jericho's death would seal \"the fate of these cubs, for sure,\" Salmoni told CNN.

Cecil, killed in early July, mated with about six lionesses and had about 24 cubs, Rodrigues has said.