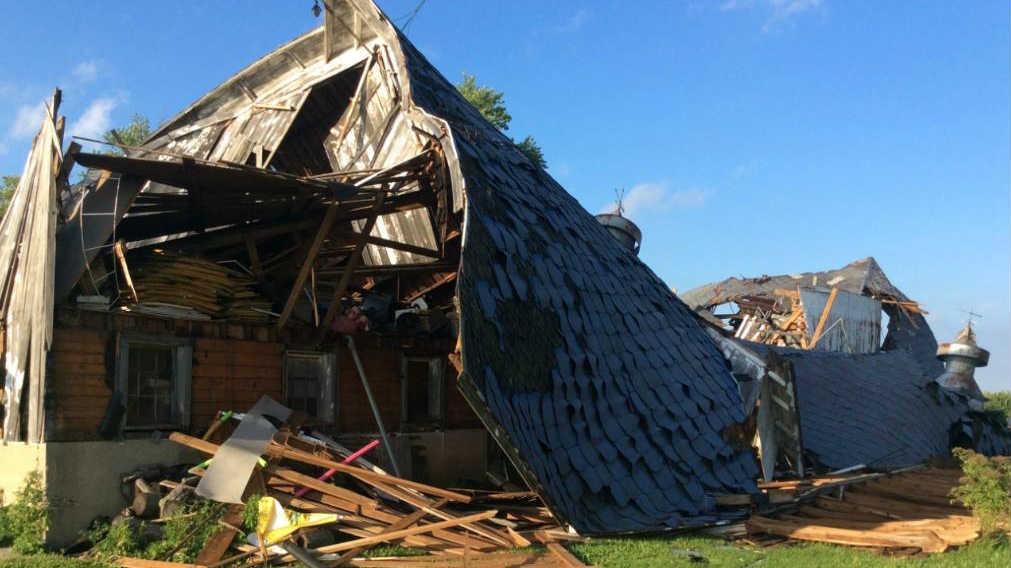 As severe storms ripped through portions of southeast Wisconsin Saturday afternoon, some people fled to their basements as tornado sirens sounded.

The National Weather Service has now confirmed a tornado touched down in Walworth County near the intersection of Highway 89 and County Road M. Witnesses saw debris floating in the sky after the tornado hit and destroyed a large machine shed.

A preliminary survey by officials confirms a tornado did touch down around 2:47 PM Saturday afternoon.

The NWS is planning on conducting a more extensive damage survey to determine the strength of the tornado in the coming days.

Other areas were also hit hard by storms with numerous trees reported down in Racine and Kenosha Counties and houses that caught fire from lightning near West Bend.

This is the first confirmed tornado to hit the CBS 58 viewing area since June 21, 2011 when an EF-1 struck Fond du Lac County.

A second tornado was also confirmed just west of Walworth County in Rock County near the town of Avalon. A barn was destroyed and rotation was noted in a cornfield.