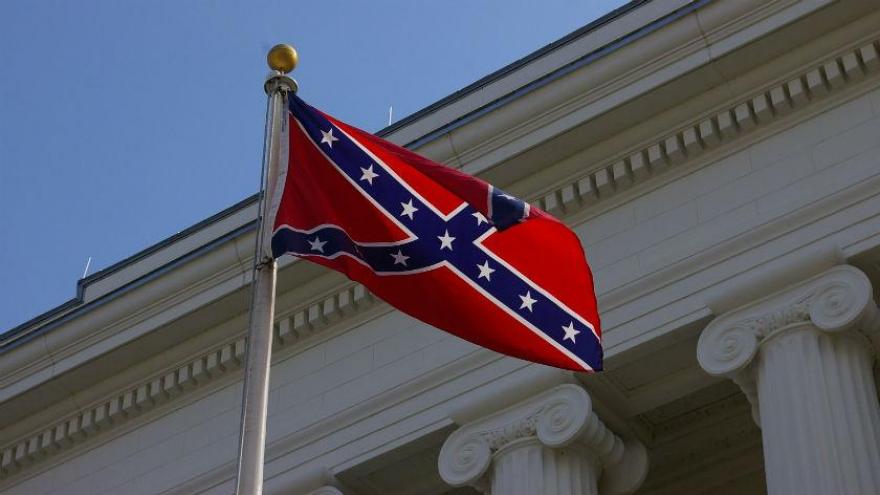 The small shop, which may be the last U.S.-based maker of Confederate flags, said sales have surged in the weeks since the deadly rallies in Charlottesville, Virginia.

Demand has risen even more "dramatically within in the last 24 hours," ever since an interview about the shop was published at AL.com and as Confederate monuments across the country come down or are under debate, said owner Belinda Kennedy. who opened her Huntsville, Alabama shop in 1985.

"`What's really pushing sales [now] is removal of the monuments," Kennedy told CBS MoneyWatch. "The general feeling I get from customers that call and email is that they are just pushing back at people who are trying to revise our history. I think as long as that's in the news" demand will continue.

Roof, convicted of killing nine, was sentenced to death in January. South Carolina subsequently took down its Confederate flag from the state house that year, and major retailers like Amazon and Wal-Mart stopped selling them.

Annin Flagmakers, which calls itself the oldest and largest flagmaker in the U.S., stopped making the Confederate version after the shootings, Mary E. Repke, senior vice president of sales and marketing, said in an e-mail. They were a tiny portion of sales and went primarily to Civil War re-enactors, she added.

"Flags are very powerful symbols, and clearly this flag has become a symbol of a negative aspect of our country's past," Repke said. "For some people, it represents something very negative and hateful."

Once the major flagmakers stopped producing the Confederate symbols, sales climbed at Alabama Flag & Banner. Nevertheless, Kennedy said Confederate flags remain a fraction of its revenue, and that the ``U.S. flag is always king."

Kennedy said she isn't adding to her staff of 14 flagmakers just yet, though the shop is considering extending hours to meet demand this weekend.

Confederate statue removals or calls for them are stepping up, Reuters reported. Baltimore removed its statues overnight earlier this month. And this week, Charlottesville itself covered a statue of General Robert E. Lee in black shrouds to symbolize mourning in the city.

"To me, removing monuments and flags is not a solution," Kennedy said. "If the intent is to combat racism, that's clearly not going to do it, because we did all that two years ago shortly after [Roof] shot all those poor innocent people in the church. And I think we have a bigger racial divide than what we did two years ago."