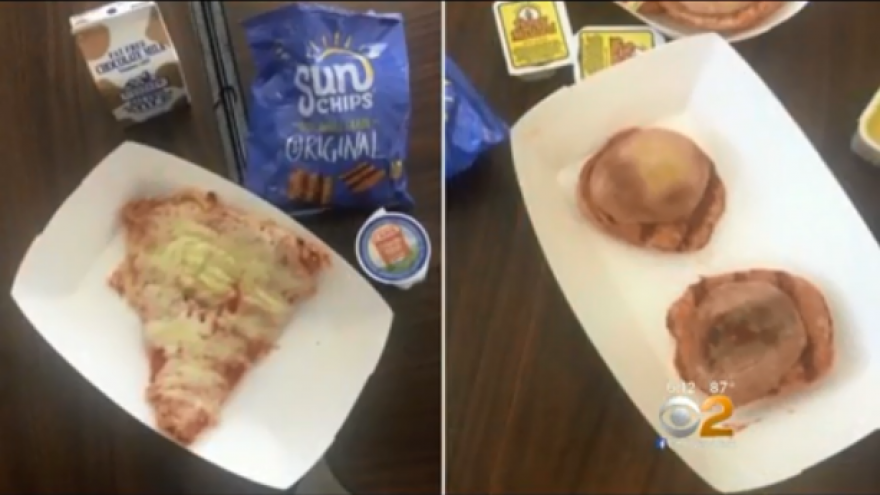 They’re demanding healthier meals after a report labeled school cafeterias among the worst restaurants in town.

The choice at PS 118 in Park Slope epitomizes Mayor Bill de Blasio’s “tale of two cities” trope. On one side there’s a greasy, salty, sugary meal of either pizza or burgers with chips, dipping sauce, and milk.

On the other, quinoa, fish, and chickpeas. Catalina Tobar is so upset with the unhealthy meal choices at city schools that she packs a healthy lunch for her six-year-old, Max.

“I don’t see a healthy option for him and I’m concerned that if he eats all this kind of food Max will eventually get overweight and be, my guess, diabetic,” Tobar said.

She wants schools to change their menus and is just one of hundreds of parents who have already signed a petition to the mayor and new schools Chancellor Richard Carranza demanding healthier lunches for their kids.

The petition is part of a campaign by a group called DiaTribe, a diabetes advocacy group, concerned with the startling rise in childhood obesity.

The group says one-third of American children are overweight, with 18 percent of six to 11-year-olds and 21 percent of 12 to 19-year-olds considered obese.

“The worst place in New York City to eat is any public school where your children might be, and that’s because there’s not nearly a good enough chance that your kid can eat a healthy meal,” DiaTribe’s Kelly Close said.

Chancellor Carranza heard about the food first hand a few weeks ago when he met with students at Orchard Collegiate Academy on the Lower East Side. Some of them complained of a lack of variety in fruits and vegetables.

A spokesman for Carranza insisted school menus “ensure that students are getting the nutrients they need to focus in the classroom.”

Carranza told CBS2 Political Reporter Marcia Kramer he would convene a student advisory panel to discuss how to improve the meals. Meanwhile, parents say they need to be part of the discussion.