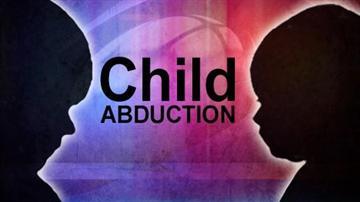 MILWAUKEE - A call to Indiana police about a toddler not strapped in a car seat solves the case of a missing 14-month-old from Milwaukee.

The search almost almost led to an amber alert.

Lt. Ed Strbjak, investigator with the Munster, Indiana Police Department tells CBS 58 he was on the phone with Milwaukee Police as they were entering in the information to find the missing child.

He said a concerned citizen called them shortly before 11:30 p.m. Wednesday when they saw a child not buckled in a car seat at an area gas station.

She told police she was on her way to Texas, was going to buy a car seat and then tried to leave.

When officers stopped her, that's when they uncovered the potentially threatening situation.

Indiana authorities say there were no license plates on the blue Honda Civic Hickles was driving.

So officers checked the VIN number, which revealed it was stolen from Milwaukee and the child was missing.

Hickles is being held in Indiana's Lake County Jail on probable cause for a stolen car and resisting arrest.

Lt. Strbjak said it's likely she'll be formally charged if she faces a judge on Thursday.

At this point, he tells CBS 58 that Milwaukee Police will handle the child abduction charges.

Meanwhile, the 14-month-old is in good condition.

Authorities say she is with child protective services in Indiana until other arrangements are made.