Concealed Carry Instructors Give Advice On Having Guns During Traffic Stops 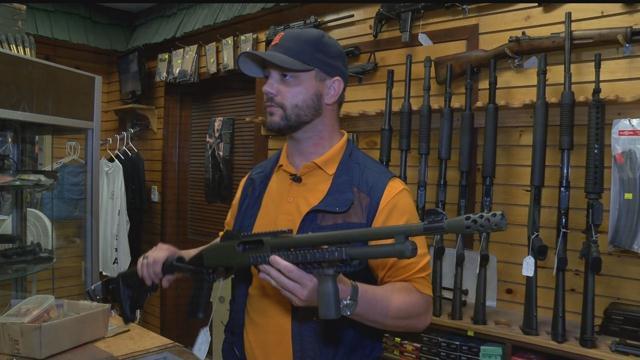 Questions of whether to tell an officer you have a concealed carry weapon when pulled over are starting to swirl, given the recent officer involved shooting in Minnesota, which left licensed gun owner Philando Castile dead, after his girlfriend says he told an officer he had a weapon and a permit.

While details in that situation still remain unknown, a local gun shop says making that information known to officers is optional.

Michael Zvara teaches concealed carry classes at the Shooters Shop in West Allis. He recommends making your car easily accessible, and pull out your wallet, as soon as you get pulled over.

"Roll down all the windows. Especially if you have tinted windows. This allows the officer to see within, and it also lets the officer know that you're not trying to hide anything," says Zvara.

Zvara's advice when getting pulled over while having a concealed carry weapon present: don't offer up the information until you are asked. He says mentioning that you have a gun, even with a permit can still put officers on edge.

"Their stress level is already at a heightened level. If you automatically tell them you have a gun on you, or that you have a concealed carry permit. If you do not say it properly, it can take the stress level from here, and skyrocket it," he says.

While he mentions these tips don't always guarantee that the outcome will be any different.

"It is a responsibility. It is a very large responsibility. You need to be ready to carry this weapon this is not a toy. This is tool to protect yourself and your family," says Zvara.