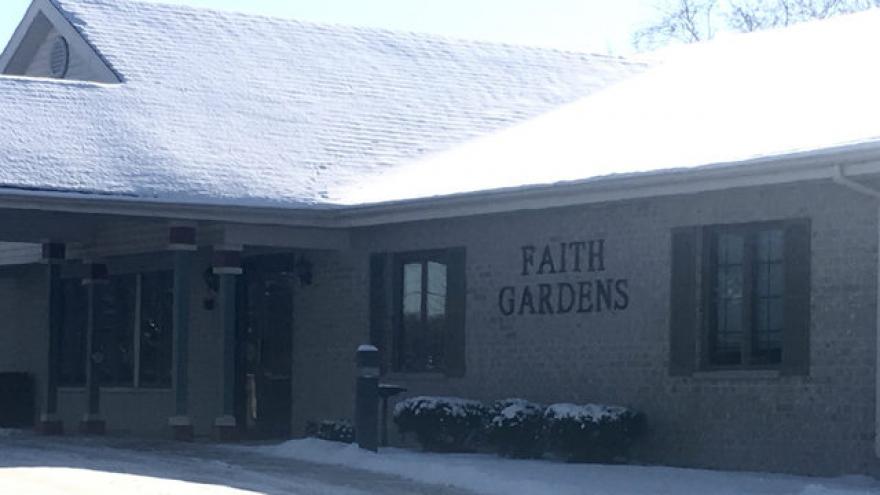 SUN PRAIRIE, Wis. (WISC) -- Faith Living Center, one of three facilities that make up Faith Communities has past violations and fines including complaints of neglect, abuse and unhealthy living conditions.

Last month, Faith Gardens, another facility under the group of communities was ordered not to accept any new patients after a woman living at the assisted living facility was found dead in December. The facility is being fined $4,200 after officials discovered four deficiencies.

The body of Alice L. McGaw, 84, of Sun Prairie, was found on Dec. 29 near the Faith Gardens Memory Care assisted living center, where she was a resident. Authorities say hypothermia was a factor in her death.

Documents obtained from the Wisconsin Department of Health said that officials believe Faith Gardens failed to provide the supervision necessary to ensure that the residents in their facility receive proper care treatment and that their health and safety are protected and promoted.

Additional documents show that Faith Living Center also received fines and violations from 2015 to 2017. Violations include, 40 doses of missed medication between two different patients, unhealthy living conditions, police being called on two separate occasions for a resident to receive assistance. In one of those cases, the resident called police to get assistance to go to the restroom after staff did not respond to him.

The responsible staff member was fired in that case. The facility received another violation in 2015 after DHS investigated an abuse and neglect of a patient who contracted an STD while in their care, and staff did not properly report it.

"The facility did not thoroughly investigate an allegation of possible sexual assault after laboratory testing indicated that Resident 1 contracted a sexually transmitted disease. This lack of investigating has the potential to affect the health and safety of all residents living at the facility," according to the report.

According to police, no one was charged in that case.

Barbra Bowers, an expert in long-term care at UW-Madison school of nursing says when choosing a facility, you should know that training and staffing levels can cause issues but advises doing your homework.

"Look at complaints, show up (unannounced), if you have a relative who can tell you what is happening, ask," said Bowers, associated dean of research at UW-Madison School of Nursing.

When choosing the right facility, Bower's says there is no guarantee that you will not encounter problems.

"They do a pretty robust evaluation at the beginning when they take out your license. They certainly investigate complaints, but nobody is there on a daily basis making sure that things are the way they said they were going to be," Bowers said.

Bowers suggests talking to other residents' families and staff for feedback, including looking for the biggest red flag, a high turnover rate.

"If there is a high turnover rate no one is going to get to know your relatives, their personal knowledge about what's important to them is going to go when they leave and turnover, I think, is one of the most valid indicators of an organizational problem," she said.

The attorney representing both facilities has not responded to a request for comment.