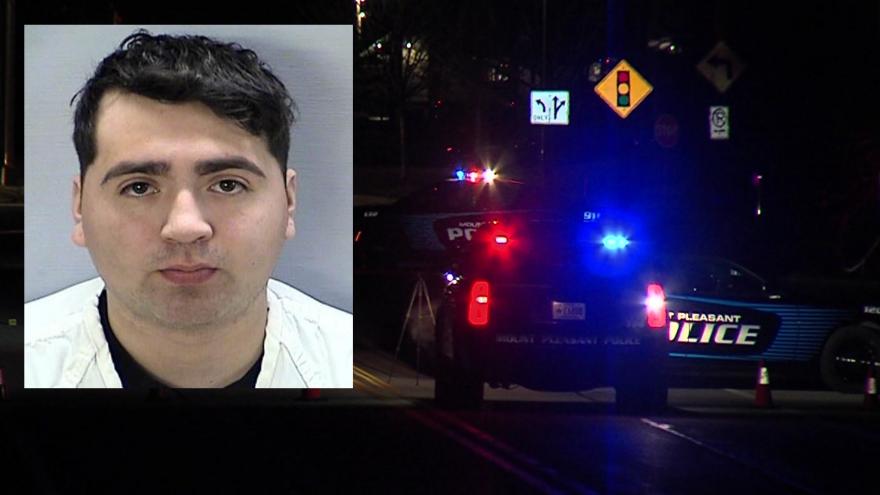 MOUNT PLEASANT, Wis. (CBS 58) -- A Kenosha man has been charged in a hit-and-run that occurred in the Village of Mount Pleasant on April 9.

Police officers responded to the area near Newman Road and Shirley Avenue for a reported hit-and-run and located the victim in the roadway. He was ultimately transferred to a hospital via Flight for Life.

According to a criminal complaint, a witness driving northbound saw a vehicle strike the victim and drive away. The witness told investigators the driver did not stop to render aid before leaving. The witness also said he saw two vehicles drag racing and heard a loud exhaust before one car struck the victim.

Officers obtained footage of a sedan stopping about a mile from the scene of the crash. The footage showed two males exit the vehicle, look at the front bumper and attempt to clean or wipe the bumper.  One male reenters the car and the other flees on foot.

An officer responded to the area and located a plastic lens and a piece of bloody jean fabric.

Prosecutors say Castillo Moreno turned himself in and directed officers to the location of the car. Officers noted the passenger's side mirror was gone and there was extensive damage to the front passenger side of the car, alongside what appeared to be a blood stain.

He is due in court for a preliminary hearing on April 21.