Complaint: Kenosha man causes scene at BP Gas Station after employee refused to buy his can of Spam 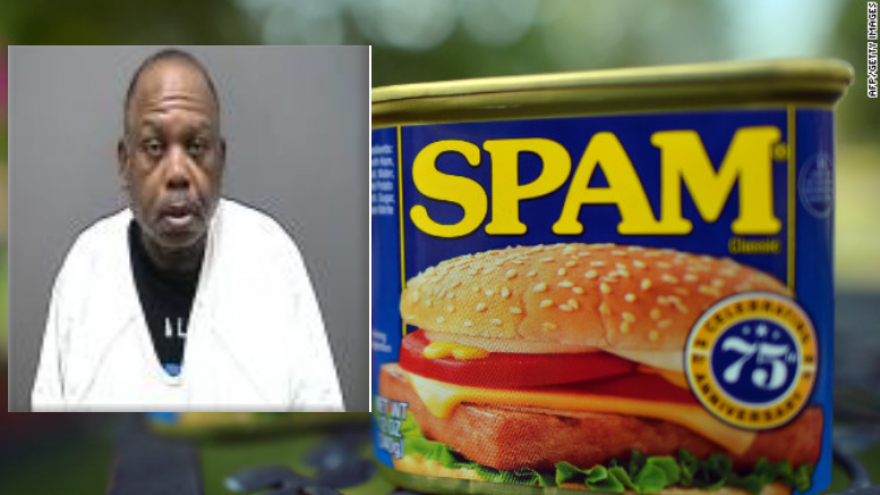 RACINE, Wis. (CBS 58) -- A Kenosha man is facing multiple charges after allegedly stealing a truck from a former employee and causing a scene at a gas station in Racine.

Officers responded to the BP Gas Station, located at 3900 Durand Avenue, shortly after 9 a.m. on December 19 for a report of an unwanted party.

According to the criminal complaint, an employee called police because a man, later identified as Murphy Hooks, entered the store and attempted to sell a can of Spam. The employee refused the can of Spam which angered Hooks. Hooks then called the employee a derogatory term and knocked candy all over the floor before going back outside to his semi truck.

Officers then made contact with Hooks who was inside of the truck, attempting to start it. Hooks allegedly denied having any issues inside the BP and told police that he drives a freezer truck and was just trying to deliver some Spam. Officers noted that the cab of the truck is a sleeper cab and therefore, nowhere to store cold items.

Officers did a DOT check of Hooks and found him to have a revoked license. They then made contact with Advance America who told them that Hooks had been at the business but was no longer wanted there.

Officers learned that the truck Hooks was operating had been stolen from one of their employees.

He was out on bond after being charged in Kenosha County with battery and disorderly conduct.