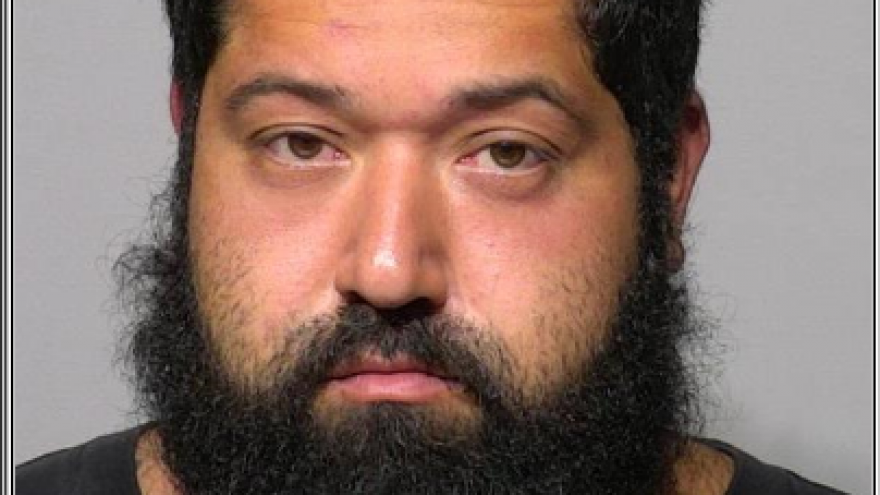 Elvis Garcia, 36, is accused of resisting an officer causing great bodily harm to the officer and threatening police. Garcia is also facing charges for his fourth offense OWI while a child was in the vehicle and operating a motor vehicle while revoked.

According to a criminal complaint, West Allis police were called to the area of S. 92nd and W. Manitoba for a report of a man fighting with a woman on July 19. Later, officers were told the man was in a silver vehicle and had fled north on S. 92nd Street. As officers were traveling southbound on S. 92nd Street, they saw the vehicle speeding and stopped the vehicle near 91st and W. Cleveland Avenue.

When officers stopped the driver, later identified as Garcia, Garcia got out of the driver's seat and laid on the pavement. The complaint says he began screaming that officers should just arrest him and appeared highly agitated. Officers cuffed Garcia and tried to put him in the back of the squad car. Garcia refused and demanded that officers get the child out of the vehicle.

As officers tried to speak with Garcia, they say he continually said he would fight officers until the death and made aggressive comments toward them.

According to the complaint, Garcia made it difficult for officers to put him in the squad car, holding onto the wheel well of the squad and using a 'deadweight technique.' While on the floor of the squad, he called officers names and threatened to beat the life out of them. When another officer arrived on scene and tried to control Garcia's legs, Garcia kicked the officer in the groin. The kick knocked the wind out of the officer, causing him to crumple to the ground. While he was falling to the ground, the officer said he felt a 'pop' and the entire left side of his back and entire left leg and foot went numb. The officer was unable to bear weight on his left leg and later diagnosed with a spine injury that required surgery and physical therapy. The complaint says prior to the injury the officer was at 100% working capacity and as a result of the injury is no longer able to work.

The complaint says because of Garcia's resistive behavior, standard field sobriety tests were not performed, however, a blood sample showed his BAC to be .189, more than twice the legal limit.