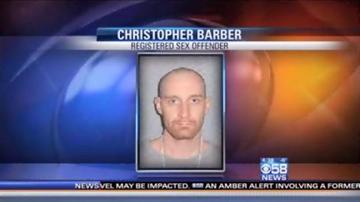 MADISON -- A Wisconsin company is reviewing its hiring process after one of the people Governor Scott walker called up to the podium during this State of the State address was found to be a convicted sex offender.

Governor Walker used a welder's story to drive home the point his policies are working for Wisconsin's benefit.

32-year-old Christopher Barber was hard to miss at the speech, wearing a welder's mask and heavy gloves. What many didn't know is that Barber is on the state's sex offender registry after being convicted of third degree sexual assault. He laso has three OWIs on his record.

The governor's office put out a call to Wisconsin businesses asking them to recommend someone hired in the last three years. One of the businesses they contacted was Ariens, a company that makes snow blowers and lawnmowers.

Neither Ariens nor the governor's staff knew about Barber's criminal background before he appeared on stage at the State of the State address.

Ariens says they are now reviewing their hiring practices.