Community cries out for help after fatal shooting near vigil 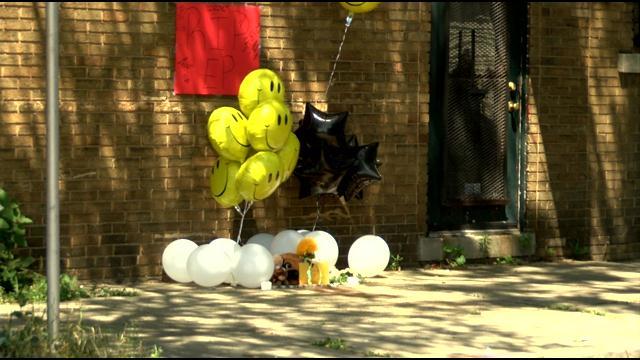 \"They can get a gun five times as fast as they can get a library book,\" said event organizer Shawn Moore, referring to children on Milwaukee's north side, after yet another murder.

Another homicide under investigation in Milwaukee; a 35 year old man died after he was shot on Port Sunlight Way on the north side Saturday night.

In a tragic irony, this was just about a block away from the scene of a rally calling for safe zones in the city.

\"This wasn't a vigil. This was a celebration of life. and after the celebration, a life was taken,\" said Moore.

With Saturday night's fatal shooting, Milwaukee's homicide rate is at a staggering 85 deaths, just one away from matching the total homicide rate from 2014. It's got people in Milwaukee wondering if there really are any \"safe zones.\"

But Moore has lived in the garden homes neighborhood 44 years and he says it wasn't always this way.

\"Years ago there was hope, there was opportunity. There were resources that you could reach out to and they were right there. They materialized,\" Moore said.

He says people in this neighborhood have little to live for.

\"Now there's no hope. There's no resources. There's no opportunity. You wake up to nothing,\" he said.

And likens his neighborhood to a cemetery.

He says if you think community members are turning a blind eye to the violence, you're right.

\"It becomes a way of life. They're immune to it. It happens everyday. They walk over it. They walk around it. The pain is covered up. We try to wash it away. We don't know how,\" he said.

But with no resources, he says its the only way they know how to react.

\"There's people here right now, hurting, around the corner. They seen that. Children seen that. Where's the doctors at? Where's the psychiatrists at? Why aren't they coming here?\" said Moore.

\"It's just that climate. Do i need to protect myself? Are the police going to get there fast enough to protect me?\" said Khalil Coleman a \"hood ambassador\" with the Safe Zone Initiative.

The safe zone initiative connects with residents to solve issues before the police have to get involved.

\"Bringing back that village idea where everyone is looking out for everyone's kids well-being and being an alternative to the homicides and violence,\" said Coleman.

Ambassadors who in just one month on the job have pinpointed some issues.

\"We understand there's a lot of young people posted up in these abandoned homes. No basketball courts in the community, nowhere for them to go,\" said Coleman.

Their work to wake people up to the reality of violence continues, with hopes they change many minds along the way.

Their are about eight total ambassadors, and they go door to door, and are on call when the community needs them. The difference they are making in the community is evident, and their hope is success will open the doors to place this program in more neighborhoods.