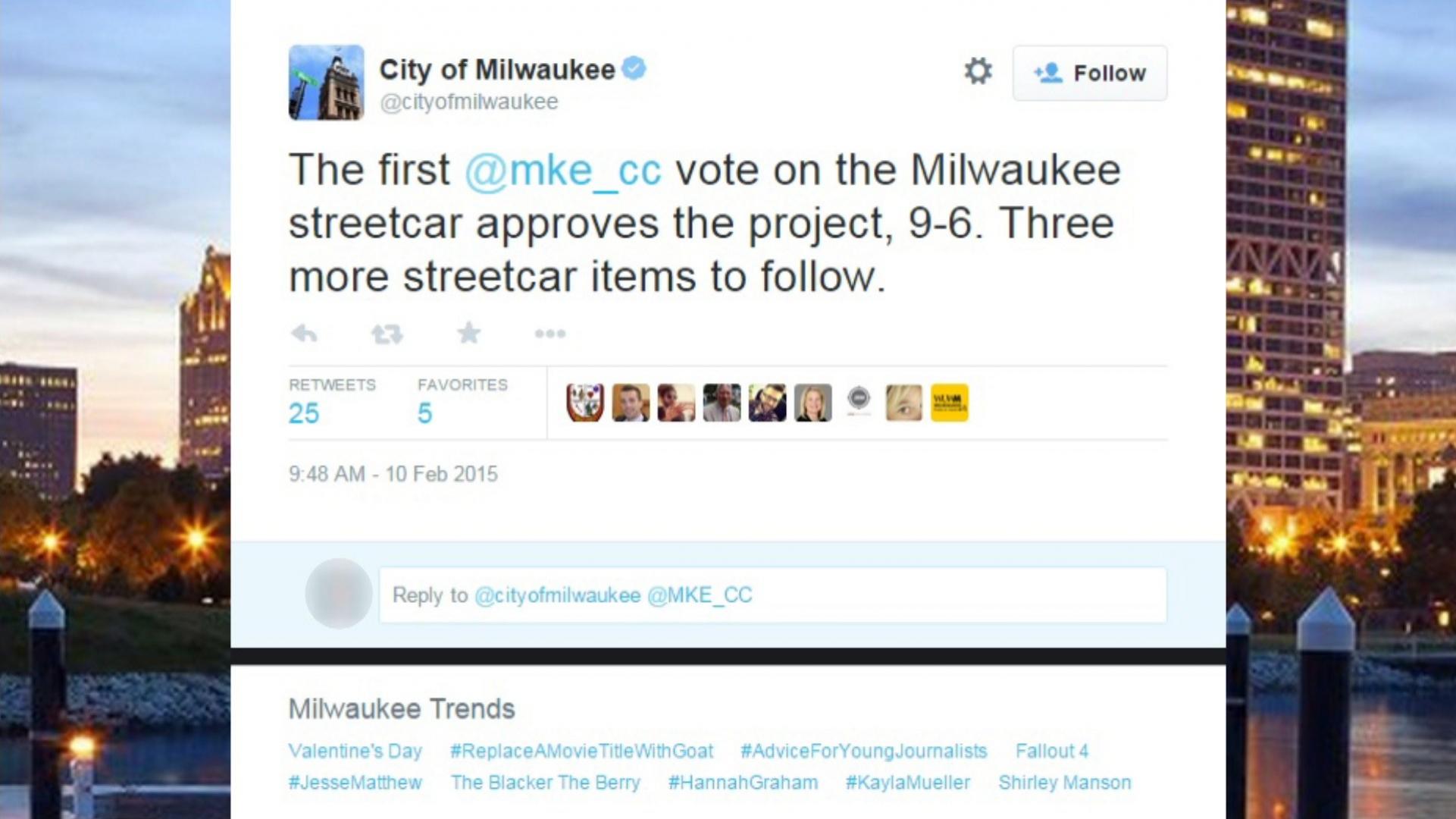 The Milwaukee Common Council has approved the downtown streetcar project. All pieces of the streetcar legislation moved forward this morning with a 9-6 vote.

The streetcar project was passed by the common council in January, but the approval was delayed by a procedural move initiated by the aldermen opposed to the project. Opponents address the council before the vote saying the streetcar project is a waste of taxpayer money. They also say the people of Milwaukee should have more of a say through referendum.

Supporters insist the project will help revitalize Milwaukee's downtown area. They believe it will help create a much larger transit network. The alderman who represents Milwaukee's downtown, Bob Bauman, says, \"There are funding mechanisms that exist to expand the system on an incremental basis. I would expect those to be done in small chunks.\"

Alderman Bob Donovan has been the main voice of opposition to the streetcar project. \"This issue isn't over at this point,\" says Donovan. \"We're planning on utilizing the full 60 days that state law allows for this petition drive.\"

Alderman Donovan says it's likely this issue will be heard in court.

Milwaukee Mayor Tom Barrett will sign the legislation this afternoon.