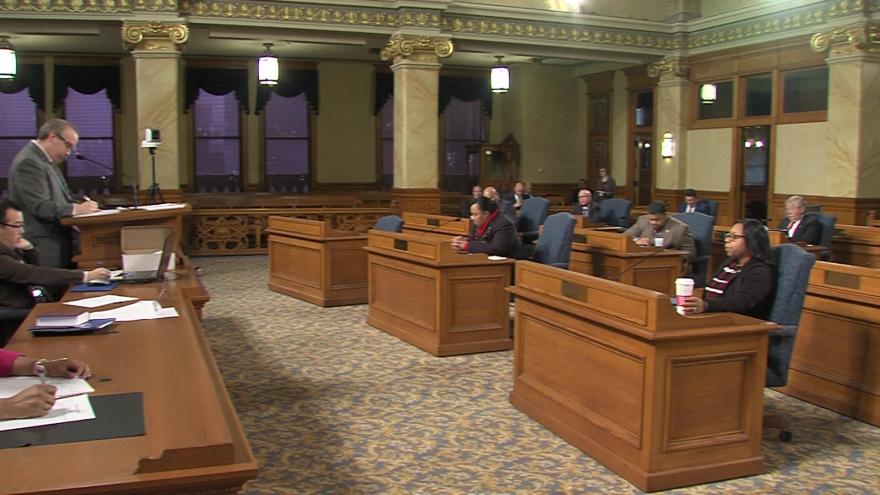 MILWAUKEE (CBS 58) -- On Friday the Milwaukee Common Council adopted an amended 2018 City of Milwaukee budget in the amount of about $1.5 billion.

The budget offers many services to the community including allocations for creation of an Office of Early Childhood Education in the library, fresh food promotion, opiate addiction education programs, reckless driving programs, technology growth initiatives, disease intervention, and more.

Common Council President Ashanti Hamilton said, “This budget was about prioritizing the diverse needs of our city by ensuring residents have quality services while maintaining our commitment to being fiscally responsible.”

During a poignant moment in the budget adoption meeting, Alderman Russell W. Stamper, II of District 15 gave an impassioned speech about the need for greater equality in Milwaukee. He spoke about making the city a better place for minorities by funding a disparity study. His colleagues then voted to approve the $500,000 initiative in the 2018 budget. That amount would be added to the $500,000 already allocated in the 2017 budget, totaling $1 million, to ensure the disparity study can move forward.

Leading up to the budget adoption process, there was a lot of debate about Mayor Tom Barrett’s proposed cuts to the police and fire departments. In a move to save positions, the Council added two budget amendments, one which worked with the Milwaukee Police Department to eliminate two vacant positions including an Assistant Police Chief and a media position. In total, six police officer positions were saved.

As Chair of the Finance and Personnel Committee, Alderwoman Milele A. Coggs of District 6 said, “This was a truly collaborative effort by the Common Council on behalf of the citizens of the City of Milwaukee.”

Ald. Coggs said a touching moment was the passing of an initiative on behalf of former Milwaukee Department of Neighborhood Services Inspector, Greg "Ziggy" Zyszkiewicz. The inspector was murdered while working in the field earlier this year. The initiative passed in his name, will not be a cost to Milwaukee taxpayers, but instead would offer employees the chance to volunteer time to clean-up and beautify city neighborhoods.

A separate effort was passed for beautification projects in areas of great need. A total of $165,000 was set aside for facades and landscaping along city corridors and in the central city. The hope is to give neglected neighborhoods a face-lift.

The budget will now head to Mayor Barrett who will have until the close of business on November 27 to sign the budget.