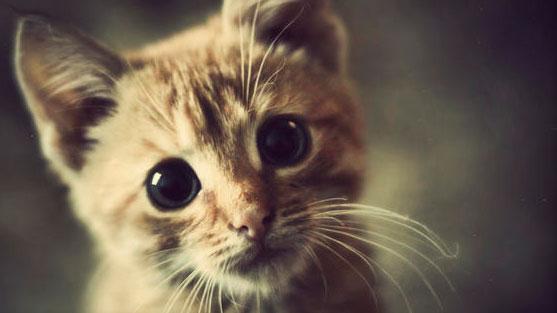 (CBS NEWS) Cats can elicit feelings of comfort, happiness and love. But new research suggests that our furry feline friends might also be responsible for an unexpected emotional response: outbursts of anger.

University of Chicago researchers say a parasite commonly spread from cats to humans may play a role in impulsive aggression. Their research into the parasite, toxoplasma gondii, is part of their broader effort to improve diagnosis and treatment of people with recurrent bouts of extreme anger such as road rage.

Toxoplasmosis is a parasitic disease that is most commonly transmitted through the feces of infected cats. People can contract it from handling cat litter. It can also be found in undercooked meat or contaminated water. The parasite that causes it, toxoplasma gondii, is carried by nearly 30 percent of all humans and in most cases is considered relatively harmless. The Centers for Disease Control and Prevention estimates more than 60 million people in the U.S. may have it.

However, in some people, the researchers found a link between the parasite and Intermittent Explosive Disorder (IED), a psychiatric disorder characterized by recurrent, impulsive, problematic outbursts of verbal or physical aggression that are disproportionate to the situations that trigger them.

The team, led by Dr. Emil Coccaro and Dr. Royce Lee of the University of Chicago's department of Psychiatry and Behavioral Neuroscience, recruited 358 adult subjects who were evaluated for IED, personality disorder, depression and other psychiatric disorders. Participants were also rated on traits such as anger, aggression and impulsivity. One-third of participants had IED, another third were diagnosed with a psychiatric disorder other than IED, and the remaining individuals were healthy controls with no psychiatric disorder.

The researchers discovered that the individuals with IED were more than twice as likely to test positive for toxoplasmosis exposure compared to the control group.

"Our work suggests that latent infection with the toxoplasma gondii parasite may change brain chemistry in a fashion that increases the risk of aggressive behavior," Coccaro said in a press release.

In a phone call with CBS News, Coccaro explained that suicidal behavior is linked with aggression, which is linked with inflammation. "Anything that gets in the brain that can impact neural chemistry can have behavioral effects," he said.

He also noted that just because a person is at an increased risk of getting something does not mean that they will get it. For example, the study found that roughly 16 percent of the psychiatric control group tested positive for toxoplasmosis, but had similar aggression and impulsivity scores to the healthy control group.

The new study, published in the Journal of Clinical Psychiatry, adds to a growing body of research that finds a link between toxoplasmosis and psychiatric disorders.

Last June, CBS News reported on research that found an association between owning a cat during childhood and developing schizophrenia later in life. A meta-analysis of 50 separate studies also found a link between toxoplasmosis and mental disorders.

Teodor Postolache, a professor of psychiatry at the University of Maryland School of Medicine, and a co-author of the current study, said that one reason toxoplasma gondii might be related to psychiatric disorders is because the parasite has genes to secrete dopamine, a neurotransmitter in the brain that helps to regulate emotional responses. The parasite also influences the immune system, which Postolache said will have certain effects on the brain.

However, the researchers caution us not to be too quick to malign cats.

"Correlation is not causation, and this is definitely not a sign that people should get rid of their cats," Lee said in a press statement. "We don't yet understand the mechanisms involved -- it could be an increased inflammatory response, direct brain modulation by the parasite, or even reverse causation where aggressive individuals tend to have more cats or eat more undercooked meat. Our study signals the need for more research and more evidence in humans."

Coccaro plans to continue research on aggression and what causes it in hopes of developing new ways to diagnose and treat such disorders.

"It will take experimental studies to see if treating a latent toxoplasmosis infection with medication reduces aggressiveness," Coccaro said. "If we can learn more, it could provide rationale to treat IED in toxoplasmosis-positive patients by first treating the latent infection."