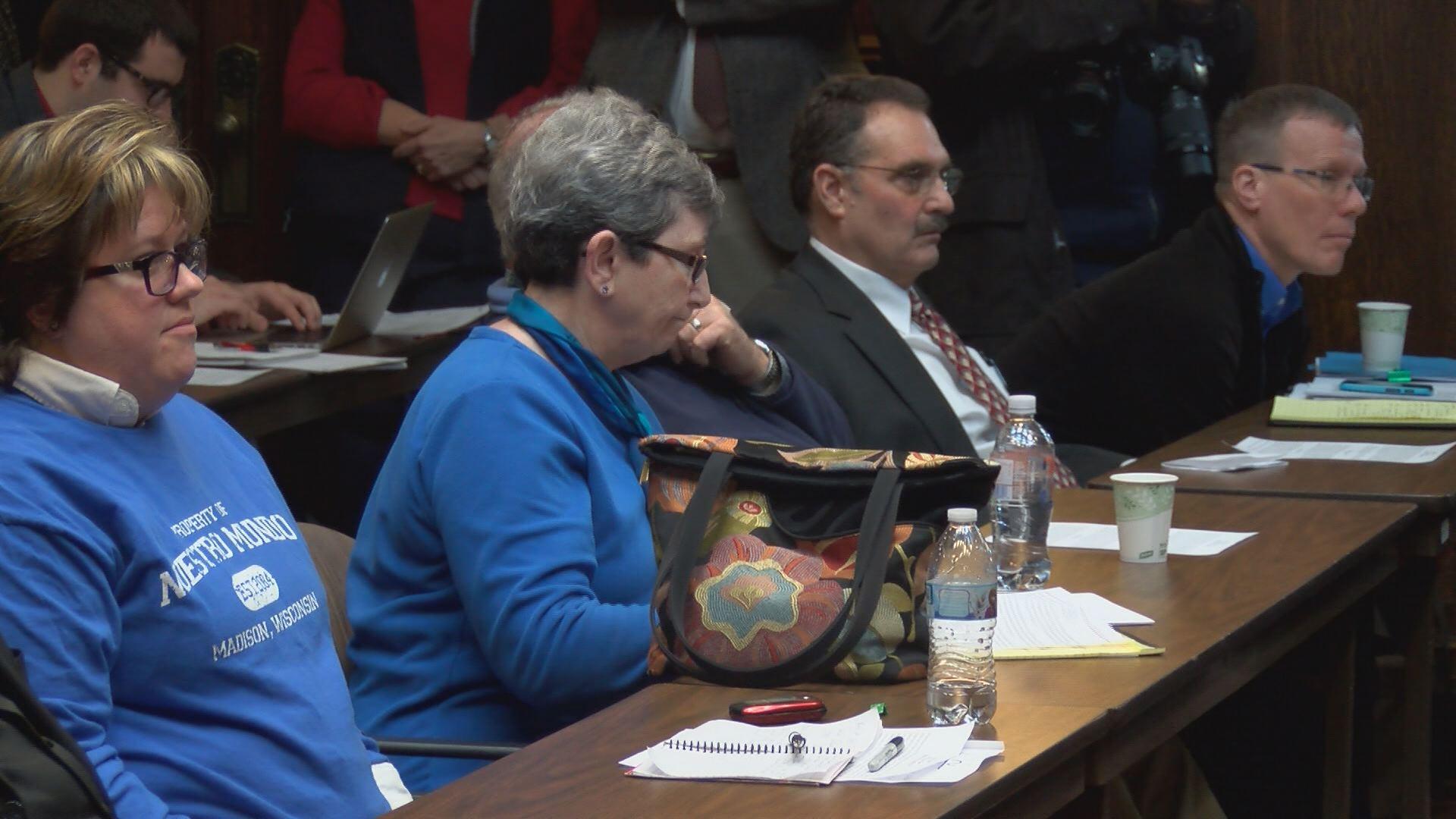 Republicans in the State Legislature remain far apart on a school accountability bill, despite some last minute changes. A public hearing on that bill drew an overflow crowd Wednesday at the State Capitol.

This bill was introduced last week and it would open up a route for a failing public school to become a charter school. It also called for sanction oversight board to be created, that was until the bill's author, Representative Jeremy Thiesfeldt (R-Fon du Lac), dropped that idea at the beginning of Wednesday's committee hearing.

In a packed hearing room, gasps from the crowd came early and often.

\"If the goal that we're accomplishing is educating our students, why does it make a difference if they're making money in the process?” Thiesfeldt said while explaining the idea of a for-profit company taking over a failing public school.

Thiesfeldt set the tone by shocking some when he announced he is scrapping the idea of creating a board to oversee school sanctions. That was a key part of the contention over his bill, but certainly not the only one.

\"What specific evidence did you use to determine the 'fix' for failed schools would be a charter school…?\" asked Representative Sondy Pope (D-Cross Plains). Thiesfeldt answered, \"Well I don't certainly have anything concrete in front of me to share with you...\"

At the start of the hearing, Thiesfeldt said he was ready for the criticism and scrutiny over his bill. For about two hours, he sat in front of the committee he chairs while that criticism poured down. \"How did you write it with a board in there, what drove you to write it with the board...? When I know you didn't really believe in that?\" asked Representative Dean Knudson (R-Hudson).

Thiesfeldt later said during his testimony, \"I knew there'd be some opposition form both sides, I didn't' quite anticipate the magnitude of it.\"

The strongest Republican opposition, and largest roadblock going forward, is from Republicans in the Senate. Tuesday, they announced their own bill which is different from Thiesfeldt's. On Wednesday, the spokeswoman for Senate Majority Leader Scott Fitzgerald again said Senate Republicans believe their bill is the better option.

Here's one comparison on the Assembly and Senate bills, Thiesfeldt said Wednesday his bill opens the door for a public school to be taken over by a for-profit company. The Senate bill does not have that option.