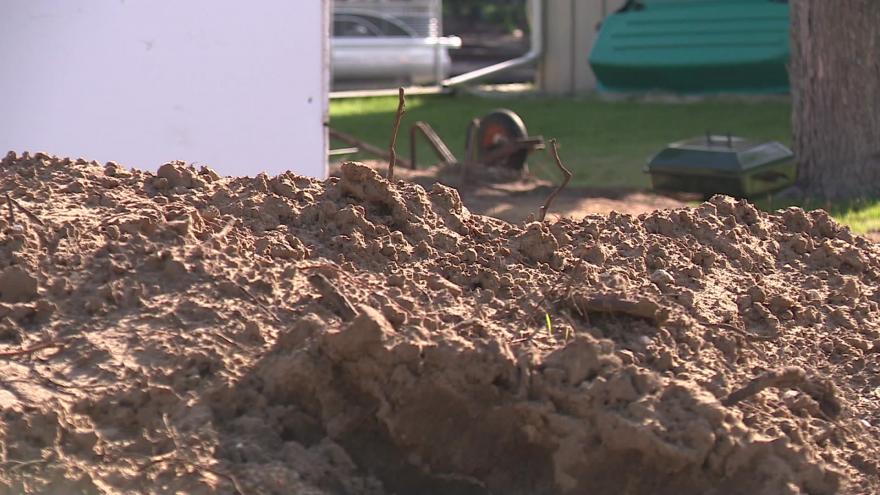 COLUMBIA COUNTY, Wis. (CBS 58) -- A woman in Columbia County thought it was a joke when she found human remains in her yard.

"I thought maybe my husband was playing a trick on me, and he put it there or something like that," she said.

She was moving stuff around when she noticed a row of human teeth near a pile of mulch.

She called police, who searched the yard and a nearby construction site. They didn't find any other bones.

The homeowner thinks the teeth came with the mulch they were found in.

"I could see if the dogs came home with something, or you know, but this was just really odd and strange that it just happened to be right there when I turned around. So it was almost like, was I meant to find this?"

The Sheriff's Office isn't naming the location to protect the investigation. They mentioned that they're still looking for Beth Kutz who went missing 19 years ago.

Her estranged husband was convicted of her murder.