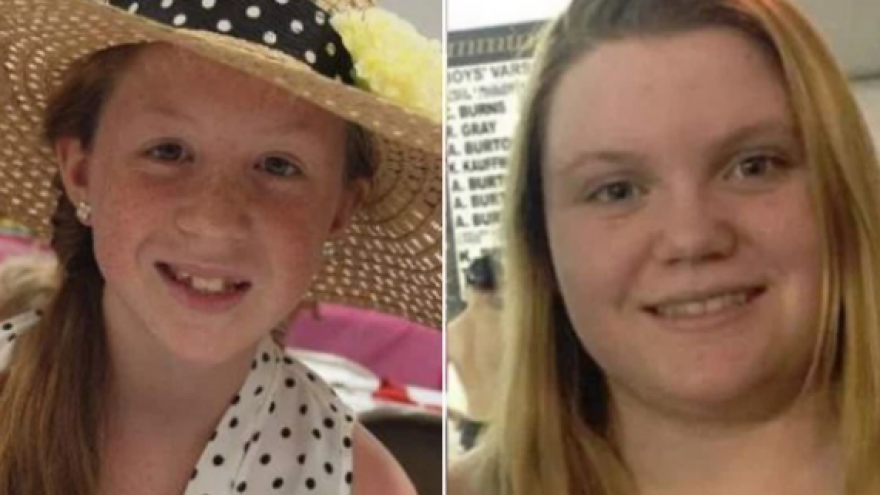 CHICAGO (CBS) — The reward for information leading to an arrest in the murders of two teenage girls in northwest Indiana has nearly doubled, thanks to donations from former Colts punter Pat McAfee and owner Jim Irsay.

Police said they have received more than 9,000 tips in the murders of 14-year-old Liberty German and 13-year-old Abigail Williams.

The Delphi girls’ bodies were found on Valentine’s Day, in the woods near their hometown, about 60 miles northwest of Indianapolis. They had disappeared while hiking one day earlier.

Police have released two grainy pictures of the man suspected of killing them, as well as an audio recording of a male voice saying “down the hill.” That evidence was recovered from Liberty’s cell phone.

On Tuesday, McAfee posted a video of himself and Indiana State Police Supt. Douglas Carter discussing the $200,000 reward.

“If you’ve paid attention to anything happening in the Hoosier State in the last couple weeks, you understand the horrendous things that happened in Delphi, Indiana, to Abby and Libby,” McAfee said.

At least 25 law enforcement agencies have teamed up to investigate the murders.

Anyone with information in the case should call the Delphi Murder Tip Line at 1-844-459-5786. Tips can also be reported by emailing [email protected]