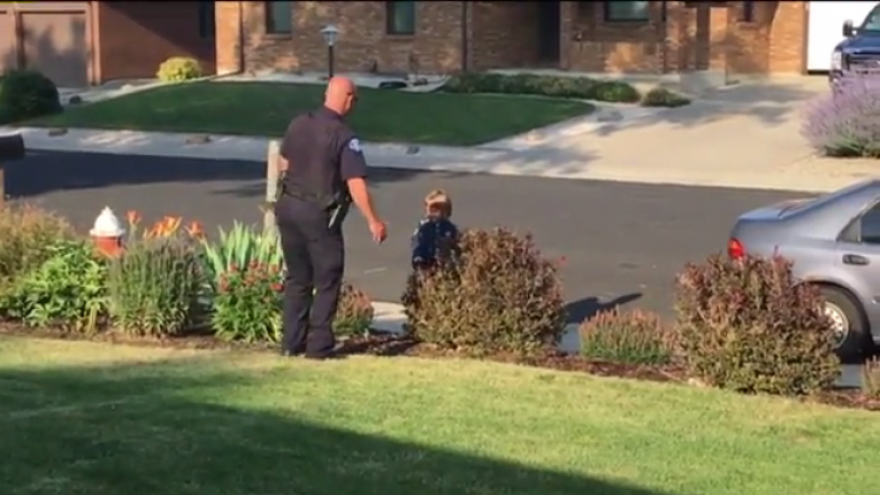 LONGMONT, Colo. -- The good news is, there are no monsters in the 1500 block of Juniper Street.

Four-year-old Sidney Fahrenbruch was worried the home she recently moved into with her family was full of them.

“Well, cause I heard sounds when people weren’t up,” she said.

Sidney said she was afraid monsters would come out at night time, and hurt her and her family.

According to the girl’s mother, she had never been concerned about monsters until moving into the new home.

At a community event with the Longmont Police Department earlier in the month, Sidney met officer David Bonday and asked for his help.

“She met officer Bonday and asked him if he would come search for monsters in our house,” Sidney’s mom Megan Fahrenbruch said.

Although Bonday reportedly had never been on a monster hunt before, he agreed to assist in the investigation.

He visited the Fahrenbruch family’s home on Sunday. Bonday let Sidney borrow his flashlight and together the pair inspected the residence from top to bottom.

Sidney said the search for monsters was “like you are doing a real hunt, like a ghost hunt.”

According to Sidney, the investigation did not turn up any monsters. However, her mother believes the pair found something else they didn’t realize was there.

“It’s just amazing the confidence he’s given her,” Megan Fahrenbruch said. “We’re truly grateful to live in a town where the police officer will pay a kid any attention.”

As it turns out, Sidney is an aspiring police officer. She frequently wears a police uniform, and when it’s in the wash, she sports T-shirts from police departments.

She often visits the Longmont Police Department to thank the officers for their service.

“She has brought them candy at Halloween, pies at Thanksgiving, cookies at Christmastime,” her mother said.

Sidney calls Bonday her “best friend” and hopes to one day be just like him.

“She wants to grow up and be a cop and help other people find monsters as well,” Megan Fahrenbruch said.