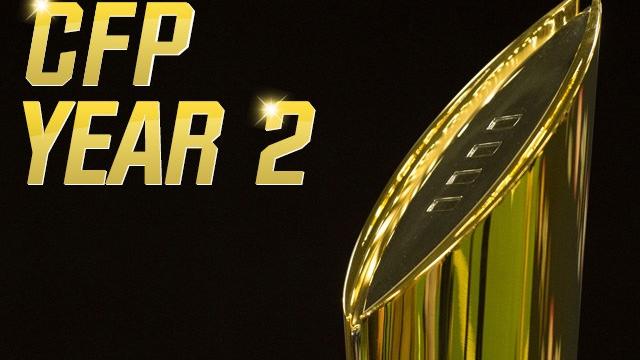 (CBSSports) The debate is over. The 2016 College Football Playoff is now set and the four teams making the final field are the ones that have been predicted for weeks.

That means the Crimson Tide will take on the Huskies in the Peach Bowl semifinal (Atlanta), while the Tigers face the Buckeyes in semifinal action at the Fiesta Bowl (Glendale, Arizona). The winners will square off in the CFP National Championship in Tampa, Florida.

It also means No. 5 Penn State (10-2) was left out of the top four after making a convincing case by winning nine straight games including the Big Ten Championship Game in epic comeback fashion late Saturday. Michigan checked in at No. 6, giving the Big Ten three of the top six teams in the CFP Rankings.

Wisconsin fell to No. 8 in the AP Poll.

All that's left to be decided is how the rest of the New Year's Six and the remaining bowl games will be slotted.

CBS Sports' Jerry Palm has been projecting the bowl games all season and has released his final predictions ahead of the announcements, which should begin at 2:30 p.m. for the New Year's Six and the rest of the top 25 of the rankings.