Coldest Day of the Year 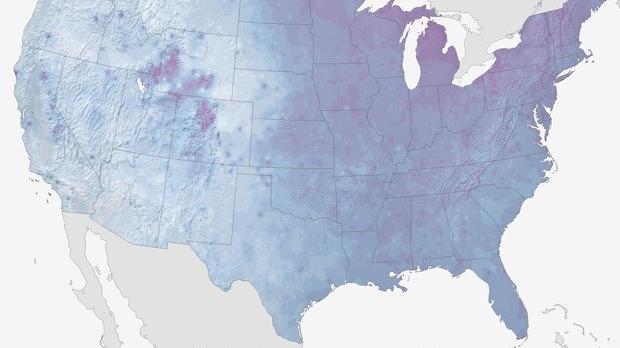 To give you perspective on the when and where for cold weather, let's look to the National Oceanic and Atmospheric Administration. NOAA's National Climatic Data Center has created a new “Coldest Day of the Year” map. This map is derived from \"climate normals\" during a timeframe from 1981 to 2010. These Normals are 30-year averages of climate conditions from weather station data across the country, including the average low temperature for each day. From these values, climate experts can identify which day of the year, on average, has the lowest minimum temperature, in other words, the “coldest day.\"

Here's more on this article from NOAA:

Historically, the western half of the Lower 48 has its coldest day in December, near the beginning of winter. In contrast, most eastern locations have their coldest day in January. In addition, areas that average the most snow cover, such as the Northeast and high-altitude regions in the West, tend to reach their climatological coldest day much later in the winter, likely because snow reflects much more sunlight than bare ground. Other conditions being equal, the more sunlight the ground reflects, the less solar heating the location experiences.

Normals for temperature are important indicators used in forecasting and monitoring by many U.S. economic sectors. Knowing the timing and probability of the year's lowest temperatures can help energy companies prepare for rising heating demand. Temperature Normals are also useful planning tools for the healthcare, construction, and tourism industries. You may even want to check the Normals before planning your next event or vacation.

While the map shows the coldest days of the year on average throughout the United States, this year's actual conditions may vary widely based on weather and climate patterns. For prediction of your actual local daily temperature, and to see how it matches up with the Climate Normals, check out your local forecast office on Weather.gov. Or, reach out to any of us in the First Alert Weather Team. We'd be happy to assist you in any weather information you are looking for anytime.

A quick check back on our lowest normal high and low temperatures in Milwaukee shows that January holds the best chance to see our coldest day of the year. The normal high and low for nearly the entire month of January holds steady at 29° and 16° respectively.  That may be the case too as after a somewhat milder December wraps up, model data is now showing some colder temps ahead. The Climate Prediction Center of the National Weather Service also shows a colder start to the new year as shown in this link.