Coldest air in months followed by another soaking rain

NOW: Coldest air in months followed by another soaking rain

A well-advertised cool down has arrived. Temperatures Thursday night were the coldest in 123 days in Milwaukee when we reached the 40s. We didn't see any 30s locally but some western communities got into the low 40s. 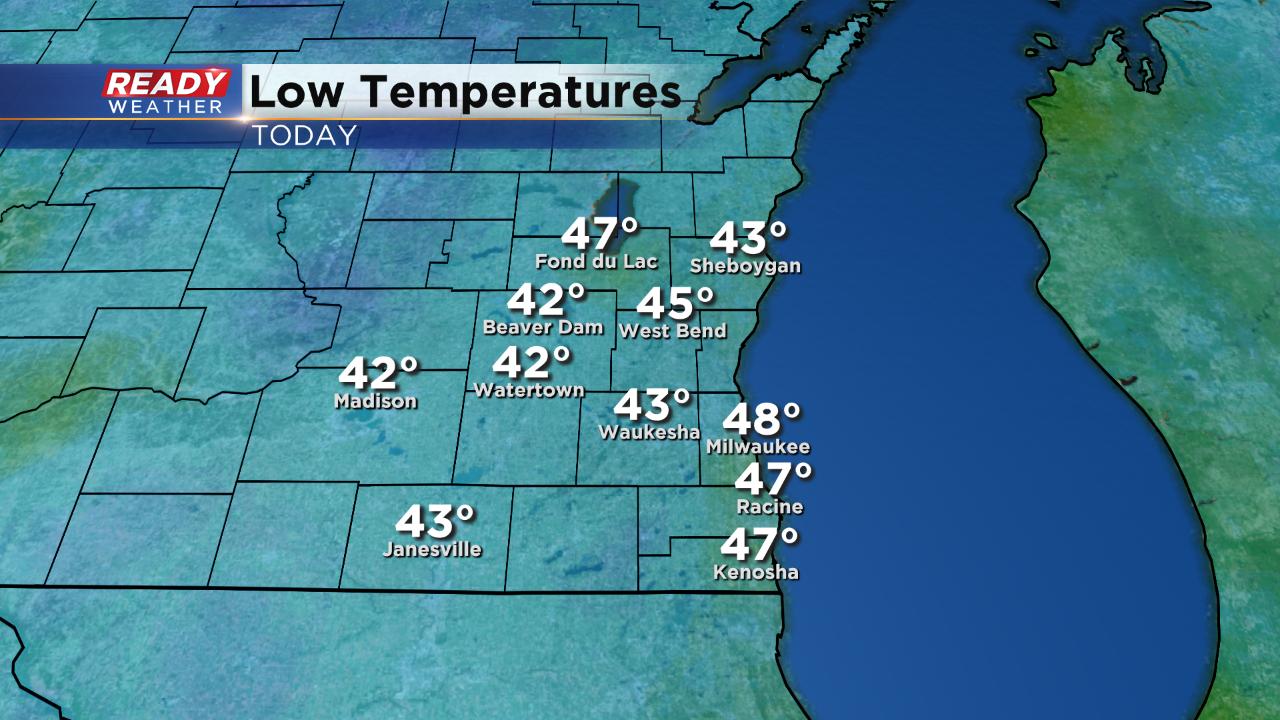 The last time we had lows in the 40s was June 3rd when it hit 45°. Thursday night's cool down started before midnight and the temp hit 49° at 11:59 PM so the low for Thursday, October 3rd will go down as our first instance of 40s this season. It's actually one of the latest first 40s during the fall season on record. The latest we've ever seen our first day in the 40s is October 7th back in 2016. We didn't hit the 40s until October 6th in 1906 and now 2019 takes the third latest spot on record. 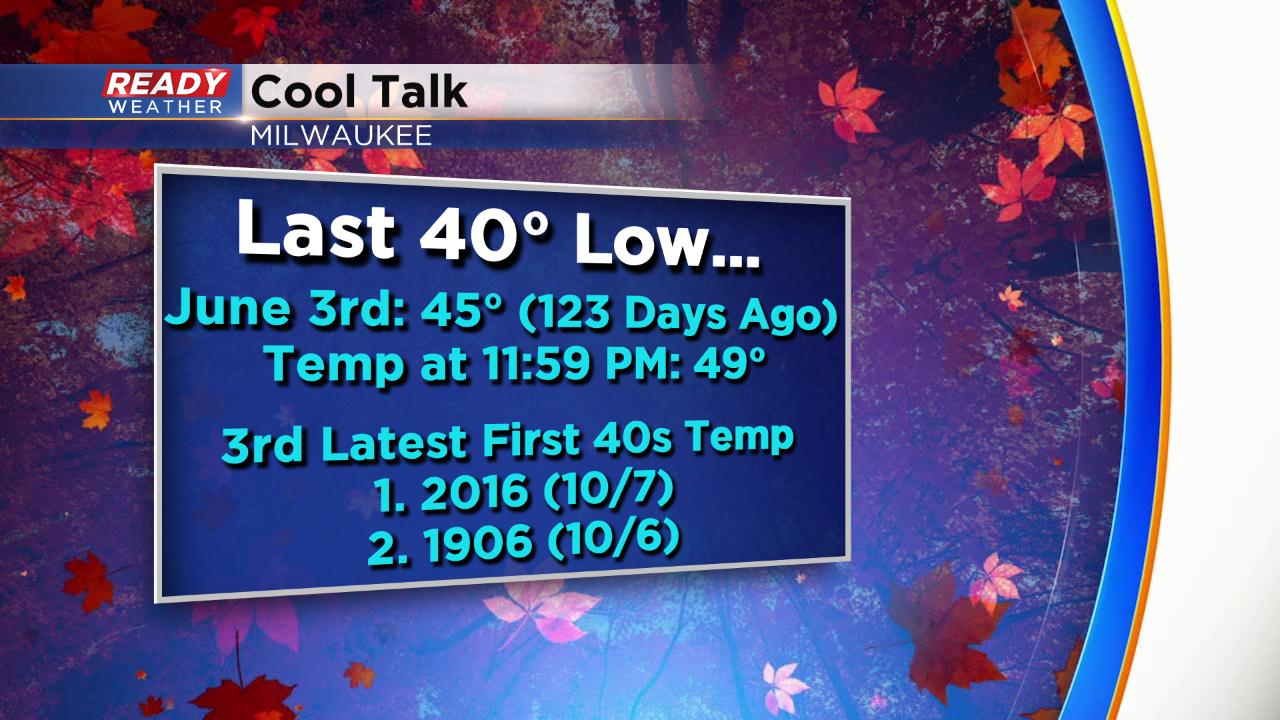 We have yet to see any widespread freeze or frost advisories in the state of Wisconsin which is well behind average. By this point of the season northern Wisconsin has usually seen a couple of freezes. On average our inland communities see freezing temperatures around this time of October and it usually happens for lakeside and southern spots over the next two weeks. 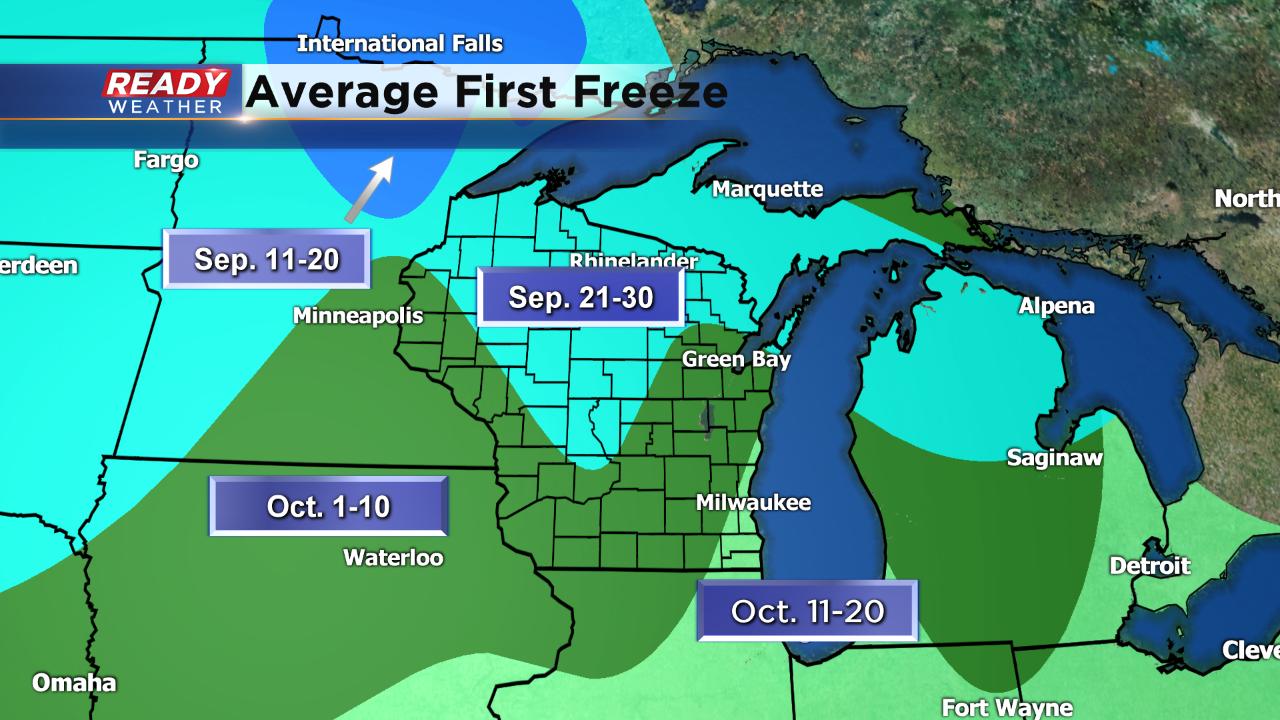 We have some chilly air in our future, but no widespread 30s yet.

After a mainly sunny Friday the clouds roll back in at night with rain arriving Saturday. We could get a few isolated showers late in the morning on Saturday but the bulk of any rain doesn't arrive until the afternoon and evening. 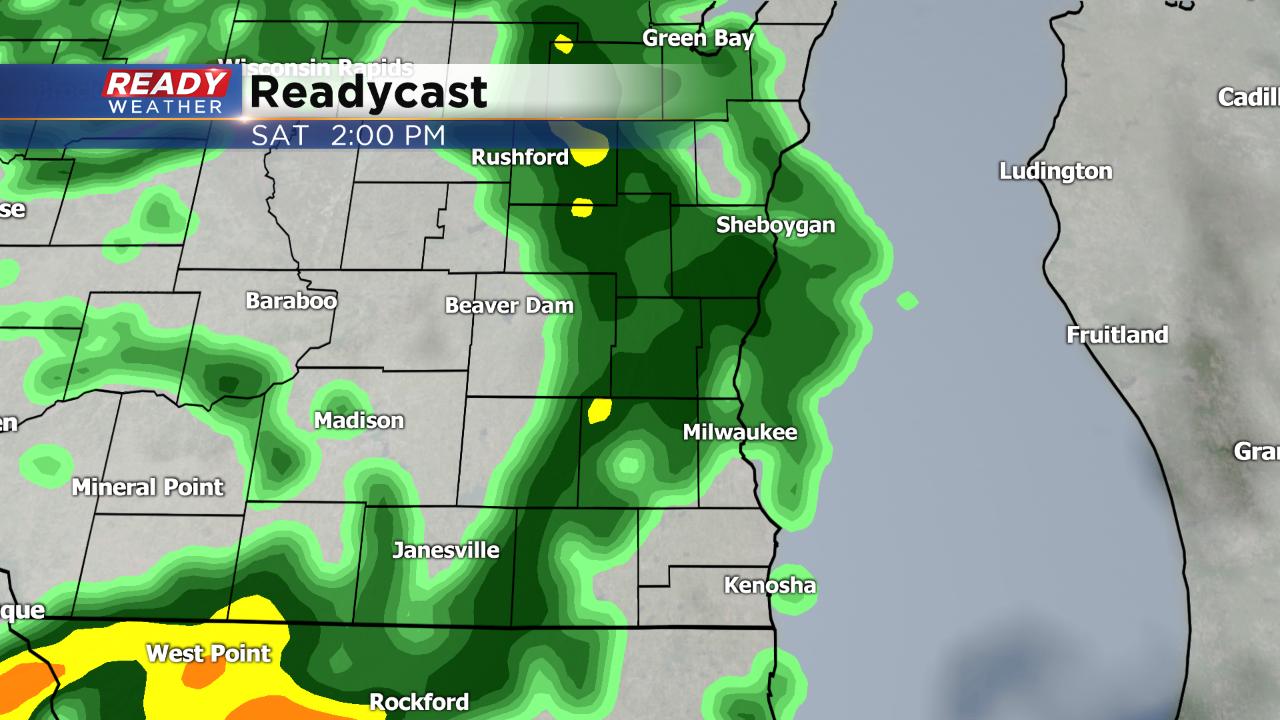 Although a flooding rain is not expected, any additional rainfall will stall rivers from going down and will lengthen the time they stay in flood stage. Most of southeast Wisconsin will get around a quarter inch of rain but some spots could pick up a half inch. 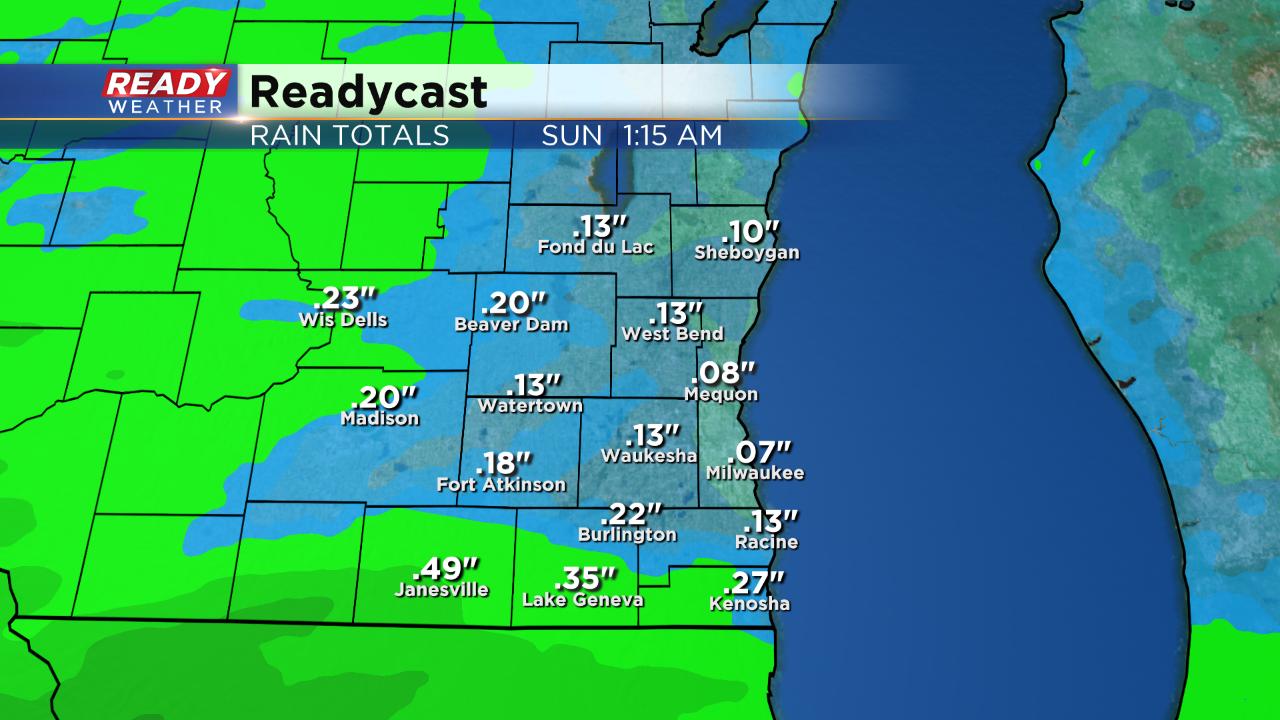 Download the CBS 58 Ready Weather app to track the rain for your weekend plans.