Cold Weather Woes: Keeping your Child Safe on the Way to School 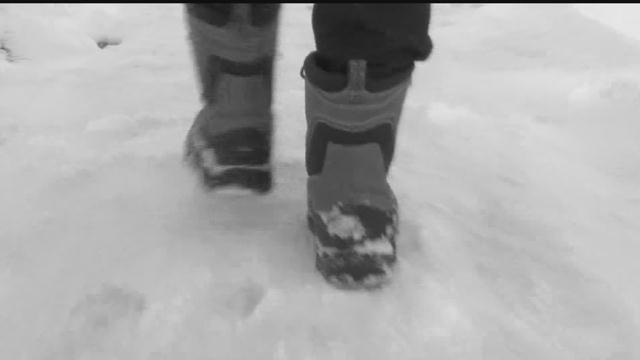 Bell Ambulance tells us the walk to school will be dangerously cold Tuesday morning but many schools are choosing to stay open, so its up to parents to make sure their kids are staying safe.

"In this weather, under 10 mins you'll see signs of frostbite and hypothermia could set in as well. Just depends on your level of clothing," said Scott Mickelsen with Bell Ambulance.

Mickelsen says they get up to 10 weather-related calls a day when the temperatures drop down this cold.

Schools will be in session; the predicted wind chill of -10 isn't cold enough for them to close. For example Kenosha schools remain open until that windchill drops to -34 degrees. Racine and Milwaukee didn't specify exact temperatures.

But RUSD says at 10 degrees recess is held inside and MPS says students bused in won't be marked tardy if they're late due to weather but they want the kids there.

"We have a number of cold weather clothing available for students.Everything from mittens, hats, scarves, socks, are things we have in the building.
If they don't have those things don't let that be the deterrent just bring them to us," said Darienne Driver.

Meanwhile, if you don't feel comfortable sending your child to school, most schools will allow you to keep them at home and will count it as an excused absence if the parent calls in.