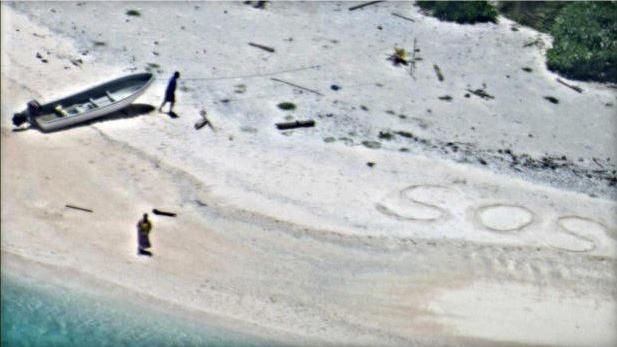 A U.S. Navy aircraft crew spotted the pair on the beach and gave their location to the Coast Guard in Guam. KGMB-TV says the two, who had no emergency equipment, were picked up and taken to a patrol boat.

The Coast Guard received a report about the couple’s 18-foot vessel going missing on Aug. 19. KGMB-TV says the two departed Weno Island on Aug. 17, and they were expected to arrive at their destination to Tamatam Island the next day.

KGMB-TV says that on Wednesday, a ship noticed flashing lights from the uninhabited Chuuk State island where the two were later found. The U.S. Navy was alerted and spotted the survivors on the beach.