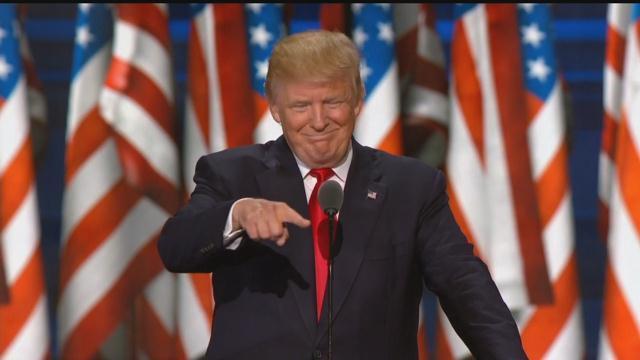 (CNN)The Republican Party gathered in Cleveland on Thursday for the fourth night of its convention, and CNN's Reality Check Team put the speakers' statements and assertions to the test.

The team of reporters, researchers and editors across CNN listened throughout the speeches and selected key statements, rating them true; mostly true; true, but misleading; false; or it's complicated.

Reality Check: Women's wages in the labor force
By Julie Block, CNN
Ivanka Trump claimed that women represent 46% of the US labor force and "40% of American households have female primary breadwinners." In 2014, she said, women made 83 cents for every dollar earned by a man, though single women without children earned 94 cents to a man's dollar, while married mothers only made 77 cents. Her point? "Gender is no longer the factor creating the greatest wage discrepancy in this country -- motherhood is."
The US Bureau of Labor Statistics reported that, in 2015, women did indeed make up 46.8% of the total employed persons. Research from the Pew Research Center in 2015 showed that 40% of families with children under the age of 18 at home include "mothers who earn the majority of the family income," up from 11% in 1960 and 34% in 2000. Nearly 63% of these "breadwinner moms" are either unmarried or are not living with their spouses.
The bureau also reported that women's median earnings in 2014 were 83% of those of male full-time wage and salary workers -- in other words, women made 83 cents for every dollar earned by a man, as Trump claimed. According to the bureau's data, the median usual weekly earnings of full-time wage and salary workers for single women without children in 2014 was 94% of that of single men without children, as Trump claimed. Widows, divorcees, separated people and those who have never been married were included under the umbrella of "single." However, the median usual weekly earnings for full-time wage and salary workers for married women with children in 2014 was nearly 81% of that of married men with children. That would equate to 81 cents to the male dollar -- not 77 cents, as Trump claimed in her speech.
Other than this discrepancy, Trump's numbers appear to be correct. For this reason, CNN found her claims to be mostly true.
Share this article: