#ClothesWithoutLimits: Fed-up moms create their own clothing for girls 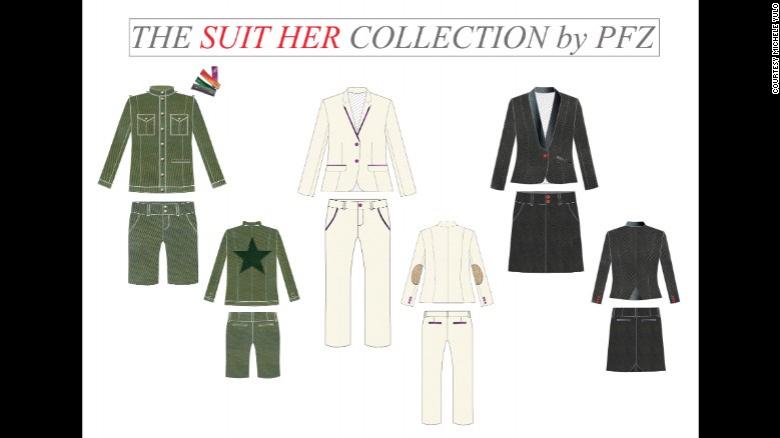 (CNN)If you have a daughter like I do who hates dresses and abhors anything pink, sparkly or with ruffles and frills, you are pretty much out of luck if you head to most of the major retail stores. What you end up doing is shopping in the boys' section for your daughter's clothing.

There's nothing wrong with that, but shouldn't there be more options for girls?

The answer, according to 10 \"mompreneurs\" who have banded together, is an emphatic yes. Through their #clothesWithoutLimits campaign, these mothers from around the country, many starting their businesses through Kickstarter, are hoping to raise awareness about the current limitations when it comes to clothing for girls and how clothing that bashes gender stereotypes can have an impact far beyond the outfits themselves.

\"Clothes are such an expression of who we are and ... how we choose to go out into the world is so important,\" said Michele Yulo, one of the members of #ClothesWithoutLimits, who was inspired by her daughter, Gabi, now 10, to create Princess Free Zoneback in 2009. Her company offers empowering T-shirts for girls emblazoned with images such as dinosaurs, hammers and soccer balls.

\"I just believe that the more options (girls) have and they can see ... the less limitations they will perceive that they have.\"

Yulo has now gone a step further. When Gabi, who loves baseball, basketball and playing the violin, needs to dress up for a family occasion, her mom's had to buy suits or tuxedos that are made for boys. Dresses are not an option, said Yulo, and try finding a suit for girls at any major retailer. \"Impossible,\" she says.

Determined to change that, Yulo recently launched a Kickstarter campaign for Suit Her, with the hope of raising $90,000 to begin offering three different lines of suits for girls 5 to 12. (I can barely contain my excitement that my daughter, who dreads wearing dresses, can buy a suit for her cousin's upcoming bat mitzvah.)

Yulo believes options such as suits that are made for and fit girls send a clear message to the girls buying them and the rest of us as well. \"Kids shouldn't have to be brave to wear the things they like,\" she said. \"This goes back to ... why is retail so important because that is how people are looking at you. That's how they're sizing you up. That is where the labels come from.\"